All hamster species are cute, so how do you choose one? First, take a look at the types of hamsters commonly available and compare their personalities for pet potential. Once you narrow down your choices of hamster breeds, you can head to the pet store or a breeder and pick out your new furry pal.

The Syrian hamster breed is the most popular with pet owners due to the docile personalities of these hammies and the array of coat types and colors available. These furry hamsters range from four to seven inches long, and an adult will fill your entire palm. The average lifespan is about two years.

Syrians are typically sold in pet shops under a variety of names that mainly pertain to their colors and patterns. These are not official variety names; they're just marketing tools used to make these little pets more appealing. Golden hamsters are the most common, but there are many more, including:

There are a few drawbacks to consider:

The Chinese hamster is sometimes referred to as a Chinese dwarf hamster, but it's not a true dwarf. It's just small and grows to about four inches long. These hamsters are rather nervous about being handled at first, but they tame down nicely and actually seem to enjoy being held by their human companions. Their average lifespan is nearly three years, but some live longer if they're well cared for.

Chinese hamsters are fun to care for:

They do require a little more care than the hardy Syrians.

Campbell's dwarf hamsters, one of three Russian dwarf species, are one of the most commonly kept dwarf hamsters of all. Adults grow to about four inches in length. These adorable dwarfs have a lifespan of approximately 18 months to two years.

Campbell's dwarf hamsters come in many colors and color combinations including, but not limited to:

There are some challenges to keeping them, including health issues:

Winter Whites are one of the other Russian dwarf hamster types, and they are so similar to the Campbell's dwarf that it's often difficult for non-experts to tell them apart when the Winter White is in its non-winter coat color. These little cuties are also said to be a bit friendlier than their Russian counterparts. They typically grow to about three to four inches long and live approximately two years.

Winter Whites get their name from the fact that they moult out to white during the winter so they blend in with the snow. However, they are available in three standard colors, although there are a few more color mutations that may or may not be the result of crossbreeding. The standard colors are:

Just a few reasons to select this hamster include:

A few reasons to avoid selecting a winter white dwarf hamster include:

Roborovski Dwarf Hamsters, affectionately referred to as "Robos," are the final member of the Russian dwarf hamster species. Measuring about two inches long, they are smaller than the other two species, and tend to be a little quieter and timid over all. They prefer a bit of shade over direct sunlight and prefer an environment that has a lot of objects that provide places for hiding and other activities. Their lifespan is generally two to three years.

Robos are sandy brown with a white underside and legs. They also have white spots above their eyes and unlike the other Russian species, lack the dark stripe on the back. There is also a white-faced variety sometimes referred to as a Husky.

These little hamsters have a lot to offer:

Some personality and health issues potential owners need to be aware of:

Red eyes can occur in different breeds of hamsters for various reasons. In some cases a dark red, "garnet" color can be produced along with a cream, cinnamon, mink or fawn colored coat by hamster breeders. On the other hand, you can have hamsters that have red eyes that are either a pink or bright red shade along with a pure white coat. These hamsters are albinos and this condition can occur with Hungarian and Syrian hamsters and is not a separate breed. Albino hamsters are rare and they are often more likely to get health conditions like skin diseases, cancer, and vision problems. 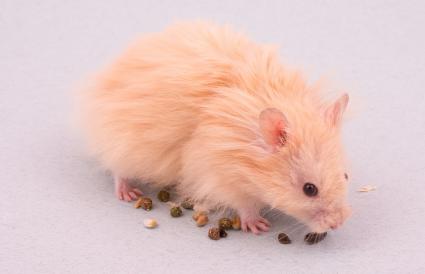 If you have a hamster that suddenly develops pink or reddish colored eyes, this is an indication that they are suffering from conjunctivitis, also known as "pink eye." You may also notice that their eyes appear swollen, wet and the eyelids may stick together or give the appearance that the hamster can't open his or her eyes. If the condition worsens, you may also see red, irritated skin around eyes. This is a condition that requires veterinary intervention right away.

Since hamsters are a popular pet breed, many potential hamster owners have questions about the best breed for them and general hamster care.

What Is the Friendliest Hamster Breed?

All breeds of hamster can be friendly if you work to tame them and get them to enjoy spending time with you. In general, the Syrian hamster tends to be the most outgoing and friendly. They also have the advantage of being larger and slower than other breeds, which makes it easier to pick them up with less stress on the hamster. Syrians also need to be a single hamster, which means they are more likely to seek attention from humans because they don't have any other social bonds. Syrians tend to be the best breed for children as their larger size and general friendliness makes them more tolerant than their more timid and smaller cousins.

How Many Species of Hamster Are There?

Although there are only five breeds that are kept as pets, there are actually about 25 species of hamsters worldwide. European hamsters, Rumanian hamsters and Turkish hamsters are often used in labs as test animals but are not kept as pets due to their temperament.

Whether a hamster enjoys being held depends on their species as well as their experiences with humans as they grow up. Some hamsters can learn to enjoy cuddling with people while others will always find it stressful and prefer to interact with you in other ways. Working slowly with your hamster to get it used to being held and pairing that with some wonderful things like treats can help your hamster to find human contact rewarding. 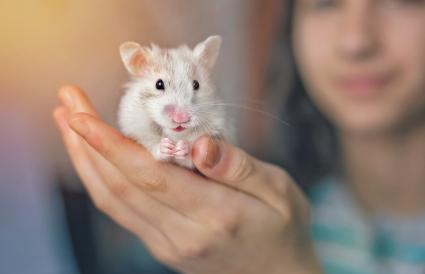 Hamsters have an excellent sense of smell to compensate for their poor vision. As a result there are definite common household odors that your hamster will not appreciate. Any type of strong chemical, such as a household cleaner, will bother your hamster, as well as scented air fresheners. They also do not like the smell of citrus, such as oranges, lemons and grapefruit.

Can You Potty Train a Hamster?

You actually can train a hamster to use one area of their cage to eliminate since this is a natural instinct for them. You can use either a small litter pan from a pet store or you can make your own using a small plastic container. You can purchase litter for your hamster's box at a pet store or use any cat clumping litter that does not have silica in it. Add some of your hamster's urine or feces collected from his cage to the litter box and then observe your hamster. You want to put him in the box each time after he wakes up and eventually he will associate the box with his going to the bathroom.

Deciding among all types of hamsters is bound to be difficult. The best thing you can do is spend time with the species that interest you the most to make sure you understand what to expect from them. One of the different kinds of hamsters is bound to feel like the right choice, but you can always get more than one type and house them separately as needed. That way you can have all the hamsters you truly feel you can care for.