Coming up with good turtle names can be a challenge. However, with a bit of imagination, a lot of creativity, and a list of ideas to get you started, you can choose the perfect turtle name for your shelled pet.

Using words associated with a turtle can be a fun way to come up with a unique name for your pet. Consider the following play on words:

There are a few famous turtles that you could name your pet after. The Teenage Mutant Ninja Turtles provide inspiration. There are the four main characters:

You could also name the turtle after other characters in the series even though they were not actually turtles. Consider:

Other famous turtles include:

A pet turtle can be named something funny or silly as well: 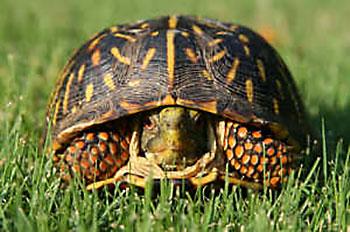 Dignified names seem to suit some turtles, particularly large box turtles or snappers. Serious names can be based on famous historical figures, leaders, actors and actresses, literary characters, artists or made up:

Watch your turtle for a while and you're certain to come up with a nickname or two. Each turtle has a distinct personality. Some are shy and some are outgoing. Some move faster and more often than others. You could even name your turtle the opposite of what he is, such as Zippy for a slow-moving turtle.

Different types of turtles can inspire names as well. A red-eared slider might be called "Blush", for example. Here are some other ideas that will suit different turtle types.

Have a map turtle? Try one of these monikers:

One of these names is great for a painted turtle:

One of these names might suit a mud turtle:

These names work perfectly for a red-eared slider:

T Is for Turtle Names

Another naming option is to use names that start with the letter T. This option has endless possibilities and is a fun way to come up with a name. Some T names to consider include:

Maybe you have more than one pet turtle and want to name them something as a pair. You can name them based on a famous couple or use names that fit together as a pair. Some catchy naming options include:

Turtle Names Based on Size

Though each turtle has its own personality, the size of the turtle might best dictate its name. Big or tiny, every turtle deserves a fitting name. 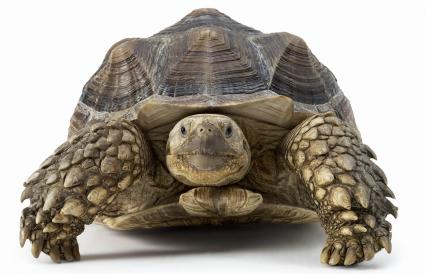 Tortoises are actually turtles - they're just a species falling under the designation of "turtle." The main difference is that tortoises aren't equipped for water, says National Geographic. For this reason, just about any name you use for turtles will work for tortoises, and vice versa.

Coming Up With Pet Turtle Names

The sky is the limit when naming your new pet. You'll likely find inspiration in things like favorite foods your turtle likes to eat and your favorite television shows and books. Don't rush into a name because you will have to live with your final choice for years to come. Once you feel you've found the perfect nickname for your pet, you'll be ready to dub him Sir Creep Along or whatever else suits your fancy.