Snakes are a popular pet among reptile lovers, but they do require specialized knowledge to be a responsible owner. Knowing the signs of illness is especially important to keep your snake living a long, happy life.

How to Know If Your Pet Snake Is Dying

One of the difficulties with snakes is that they're generally quiet, slow-moving animals that don't display emotions or signs of pain like a dog or cat would. They also tend to not show symptoms for a long time. By the time you notice your snake is not feeling well, they could be seriously ill and close to dying. Practicing good husbandry by observing your snake's behavior, feeding habits and overall condition includes knowing the common signs your snake is dying.

If your snake cannot move normally, such as being unable to get into position if moved onto their backs, they may have Inclusion Body Disease which is a fatal condition. Snakes with IBD will also "stargaze" which means staring upwards for unusual periods of time. If your snake will not, or cannot, move at all, he or she needs immediate medical assistance.

The condition of the snake's scales and body is a key indicator of a health problem. 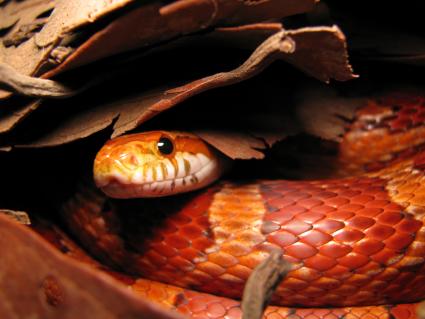 If your snake is breathing with their mouths open and appears to be straining to breathe, they may have a serious respiratory infection or suffer from mouth rot. Parasitic infections can also interfere with a snake's breathing. If you hear wheezing, gasping or gurgling coming from your snake, this most likely is a respiratory infection which needs medical intervention right away.

Any signs of an unusual discharge from the snake's body is a cause for immediate concern. Usually you will see these around the snake's mouth, nostrils or eyes, and it may appear as a leaky discharge or "bubbling." Snakes suffering from mouth rot will have a pus-like discharge in their mouths that has been described as having the consistency of "cottage cheese."

Lack of Appetite and Weight Loss

It's not unusual for a snake to refuse food from time to time, but if your snake has not eaten for weeks, this is a sign they could be very ill. Another sign that goes along with refusal to eat is weight loss, which can be seen if the snake's spine becomes more visible, especially along the front half of the snake's length. Lack of appetite should be judged based on your type of snake and their age and size, as snakes can have normal feeding schedules that range from every few days to every other week to two weeks.

Dehydration is a sign common with many serious illnesses. To tell if your snake is dehydrated, look at the condition of their eyes. A normal snake's eyes should be bright and clear, whereas a dehydrated snake will have cloudy, sunken eyes. You may also see stuck shed on a dehydrated snake, which is skin that they have not been able to shed successfully on their own. A dehydrated snake will also have unusual saliva that is stringy. 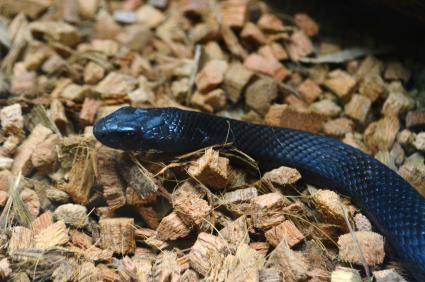 You should also check to ensure your snake is normally passing their feces. If you notice that the feces are watery or is an unusual color like red, contact your veterinarian immediately.

If your snake doesn't move much, or at all, and doesn't engage in its normal daily routine, they can be very ill. It's normal for snakes to hide, so it may be difficult to tell the difference if you're new to keeping snakes.

Know the Signs of a Dying Snake

If you're unsure about how to care for your new pet snake, talk to your veterinarian about the common illnesses that affect snakes and how to notice the signs. Because it's very common for snakes to be sick and slowly dying for a long time before you realize it, it's important to practice proper snake husbandry and be able to recognize the subtle signs something is wrong as soon as possible. You should also be sure to have identified an exotic veterinary specialist in your area, so you have someone to call once you notice a problem.

0
Comments
© 2006-2020 LoveToKnow, Corp., except where otherwise noted. All Rights Reserved.
Resources, Advice & Tips for Covid-19
Read More
How Do I Know If My Snake Is Dying?