To the average person, "turtle" and "tortoise" are just two names for the same creature. In fact, while there are obvious similarities in appearance, there are clear differences between turtles and tortoises and each has their own specific needs as pets.

Main Differences Between Turtle and Tortoises

Some key differences between turtles and tortoises are:

Which Makes the Better Pet?

Whether a tortoise or turtle is the best choice of pet is up to individual preference. However, there are a few key differences that make pet ownership more challenging and costly:

The most significant difference between turtles and tortoises is where they live. How they evolved to adapt to their habitats also have led to the other differences between them. The tortoise lives its life on land unlike the turtle which lives most of its life in the water. Depending on the species of turtle some do spend more time on land such as to hibernate or bask in the sun, or only to lay eggs like the sea turtle.

Another difference between turtles and tortoises is where you can find their habitats. Tortoises can be found in Africa, Asia and the Americas. Turtles are found in the Americas and Africa while sea turtles can be found mostly in warmer waters in the Atlantic, Pacific and Indian Oceans.

Turtles and tortoises appear similar because they're both lizards that live inside of a portable hard shell they can retreat into for safety. Upon closer inspection one can see the differences in their physical structure.

Differences With the Shell

A tortoise and a turtle shell both have different shapes. A tortoise shell has a dome-shape and they tend to be heavier and thicker than a turtle's shell. A turtle's shell is flatter and lighter. This makes sense when you consider turtles tend to live more in the water and need to be able to move about in an aquatic environment easily. A tortoise, on the other hand, lives on land and needs a shell that provides more protection from the elements and other animals. 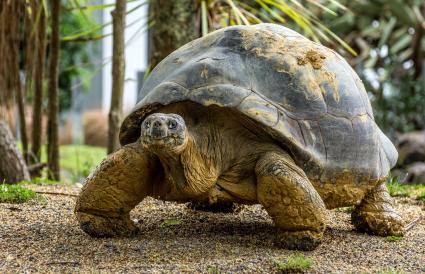 Differences With Their Legs

Again, due to the differences in habitat, a turtle and tortoise's legs have adapted to suit where they live. A tortoise has thick, sturdy legs that help them to move their heavy shell along terrain, with their hind legs appearing almost like that of an elephant. They have clubbed feet with flat bottoms although some tortoises have claws. A turtle's legs appear straight, rather than bent, and are thinner. They are designed for swimming and paddling the turtle through the water. Their feet are also webbed except for sea turtles who have feet that look like the fins or flippers on a fish. 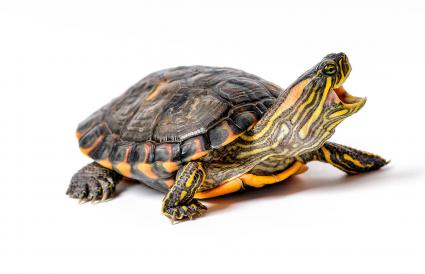 Tortoises are herbivores and subsist on a diet of plants like fresh vegetables, fruits and hay. They can occasionally eat insects but their primary diet is vegetarian. Turtles, on the other hand, are generally omnivores depending on the species. They eat a mix of insects, feeder fish, and vegetables.

Another significant point of difference between turtles and tortoises is lifespan. A tortoise can live up to 150 years although the average is about 60 to 80 years. Turtles live as long as 20 to 40 years at the most, except for sea turtles that can live 60 to 70 years.

Both turtles and tortoises lay eggs and hatch live young. The difference is that a turtle will bury their eggs and leave them whereas a tortoise will continue to protect her nest during incubation and for a few weeks after birth. Turtle and tortoise eggs also have different incubation periods, although this varies quiet a bit between species. As an example, a box turtle's average incubation period is 60 to 90 days and a sea turtle's is 60. Tortoise eggs can take eight to 11 weeks to incubate.

Another difference is in their scientific description and grouping. Turtles are known as the order Testudines, or Chelonia, which refers to reptiles with a hard shell. Tortoises are part of a suborder known as Testudinidae which includes approximately 50 species of land tortoises. What that means is, all tortoises are turtles, but not all turtles are tortoises!

Turtles and Tortoises: Similar Yet Different

There are many similarities between turtles and tortoises which of course makes sense since tortoises are part of the turtle family. They share many physical, behavioral and other characteristics, but one can clearly see how their different habitats have shaped them over time to create reptiles with their own unique qualities and needs.

0
Comments
© 2006-2020 LoveToKnow, Corp., except where otherwise noted. All Rights Reserved.
Differences Between Turtles and Tortoises As Pets