There Are a Lot of Blue-Tongued Skinks

It may seem like the blue-tongued skink refers to just one type of lizard, but there's actually eight different species of these small reptiles, most of which reside in Australia, New Zealand, and the surrounding islands. These species include:

Location Is Important for These Lizards

Their climate and habitat are very important to these scaley creatures because they're cold-blooded. As with most reptiles, these lizards cannot regulate their body temperatures on their own and rely on the environment to keep them both warm and cool. By inhabiting the Australian region, which is notoriously warm and arid, blue-tongued skinks are able to regulate their body temperature and stay alive with little concern of trying to find an area in which to sun themselves.

What's This Blue Tongue All About? 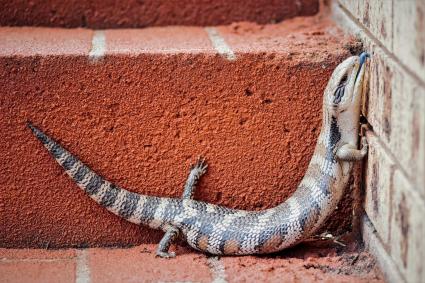 Across the Australian landscape, gardeners love finding blue-tongued skinks in their tilled soil and plants because of their eating habits. These lizards are omnivores, so while they do enjoy eating vegetation - which does pose a problem for the vegetable tenderers of the world - they also eat snails and small insects that can have a harmful impact on crops and vegetation. In a way, blue-tongued skinks are a living, natural pesticide, helping to protect the flowering gardens of the South Pacific. 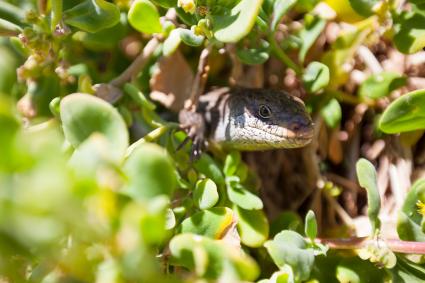 Some Blue-Tongued Skinks Lose Their Tails

Most people remember their parents shouting at them to be careful when handling the small lizards in their back yards for fear that somehow these poor lizards' tails would get pulled off. While many a lizard has had their tail removed by an unwitting child, one species of the blue-tongued skink does so voluntarily. Eastern Blue-Tongues, especially younger ones, will sometimes drop their tail if they're handled roughly by it. Even more amazingly, these blue-tongued skinks can regenerate a shorter tail in its place.

Despite their showy way of defending themselves, blue-tongued skinks are actually really docile and shy creatures. Since they're so easy-going, people can safely interact with them and even own them as pets. While wild creatures do belong in their natural habitats, should a blue-tongued skink need to be kept in captivity, they can be kept that way without worry of them hurting themselves or their handlers. 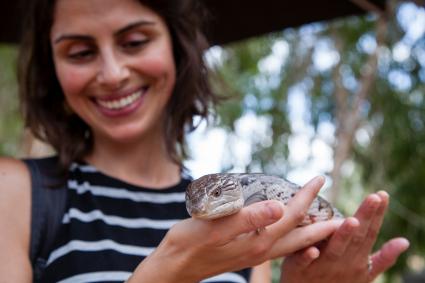 Blue-tongued skinks are quite unique reptiles. Despite the threat of their eponymous blue-tongues, they're shy demeanors make them all the more endearing. The only terrible fact about the blue-tongued skink is that it's only native to Australia and the surrounding area, making it hard for most people, perhaps like yourself, to encounter them in the wild.

Comments
© 2006-2021 LoveToKnow, Corp., except where otherwise noted. All Rights Reserved.
Blue-Tongued Skink Facts: A Closer Look at a Curious Creature