The Rex rabbit is a gorgeous bunny with a soft coat that feels like velvet to the touch. They're a perfect choice for a home looking for a handsome rabbit with an affectionate personality.

Learning About the Rex Rabbit

The plush Rex rabbit originated in France in the early 1900s. They were bred from rabbits that were original wild and were prized for the quality of their fur. The Rex came to the U.S. in 1924 and was recognized by the American Rabbit Breeders Association that year.

The Rex is a medium to large size rabbit, weighing around seven-and-a-half to 10-½ pounds as an adult. They are a "commercial type" body that means they have a muscular build and an overall balanced and proportional features. The name comes from rabbits that were bred specifically by meat farms.

Rex rabbits are also covered in a dense, velvety fur that is one of their most distinctive features. In fact, they were originally bred for their fur before they eventually became companion animals. The coat does not require a lot of grooming and in fact frequent brushing can cause problems for their fur. Their fur comes in the following colors: 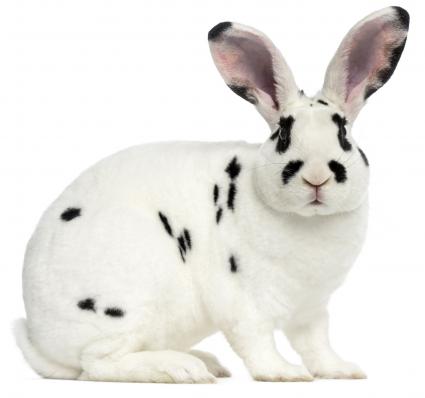 Rex bunnies are a good choice for families with children as they are usually gentle and enjoy handling. It may not do well with toddlers and small children if they're not able to handle one properly. They do need work getting them socialized to you in the beginning though. They are known for enjoying play with their people and toys and are a fun, intelligent breed to teach tricks. They also do well with other rabbits provided the cage is large enough to give them plenty of room. One aspect of the breed that is well loved is their care for other animals and this breed is often used as a foster mother by breeders and shelters for orphaned kits. 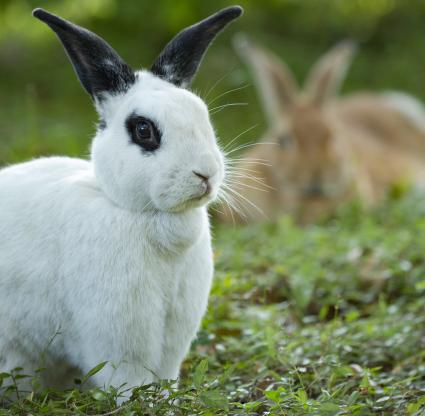 The average lifespan for a Rex rabbit is about five to six years. They have a few common health problems:

Spaying and neutering is recommended to keep them from breeding and getting certain cancers. It can also help to quell aggressive behaviors that can develop around four to five months as age.

A Rex rabbit needs a cage of at least 12 square feet although larger is better. You will also need to allow them time out of the cage for exercise. You can gate them into a room with baby gates or get a large size baby size playpen or dog x-pen. The recommended type of cage is a wire one with a solid floor. You will need to provide bedding on the floor that needs to be cleaned regularly. Popular bedding types are paper pulp, straw and products like Carefresh. Rex rabbits can also live outside in a hutch as they tolerate cold temperatures well.

The Rex rabbit should eat a diet composed of 70% hay, 25% rabbit pellets and 5% alfalfa, fresh fruits, leafy greens and vegetables. Their hay should be a high quality hay like timothy hay, oat hay, meadow hay and orchard hay.

The Mini Rex is a smaller version of the Rex. They weigh about three-and-a-half to four-and-a-half pounds and have a more compact body shape compared to the commercial type Rex. Since they were bred to be a smaller version of the Rex, they have very similar features such as their fur and the gentle temperament. The Mini Rex is popular with people who live in smaller spaces like apartments and condominiums. 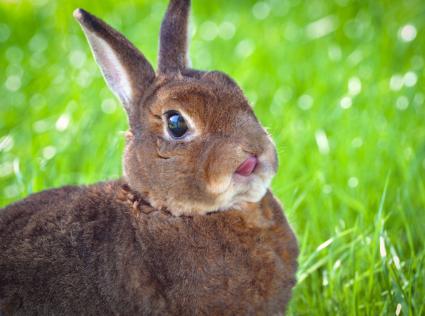 Getting a Rex Rabbit

Prices for a Rex rabbit can range from $15 to $50, with show lines going for up to $200. You can find a Rex rabbit breeder though the directory on the National Rex Rabbit Club and American Rabbit Breeder Association websites. You may also find some in shelters by searching with the Petfinder and Adopt a Pet websites. The House Rabbit Society non-profit also lists rabbits up for adoption on their website.

All About the Rex Bunny

Called the King of Rabbits by Rex lovers and breeders, this rabbit breed is an excellent option for people looking for a mid-sized rabbit with a relaxed but good-natured temperament. They can be a good family pet and their soft fur and tolerance for handling makes them a potential therapy animal. They are definitely a lovely bunny and one you'll enjoy stroking for their plush fur.