Most people don't think of rabbits when it comes to training because they don't think it's possible. However, if you understand how animals learn, you can train any species to do lots of fun and useful behaviors. You can even litter box train a rabbit which makes cleaning up after them much easier!

The key to training a rabbit involves understanding what motivates your rabbit and how to "mark" his behaviors so he knows he did something right.

Reinforcers are what trainers use to teach an animal they've done something correctly. For example, in dog training a reinforcer would be a dog treat, a toss of a tennis ball, or some tugging play on a toy. With rabbits, your best reinforcer will be food and ideally you should use food that's "special" and not normally on his daily menu like pellets. Some ideas are:

Rabbits also enjoy leafy greens like basil, broccoli leaves, cilantro, kale, and more but these may be harder to chop up and handle as easily as "harder" fruits and vegetables. As you'll read in "Reinforcer Tips" below, timing is important so work with treats that you can grab and hand to your bunny quickly.

When training any animal, it's important to keep your reinforcers small because timing is important when pairing the reward with the behavior. 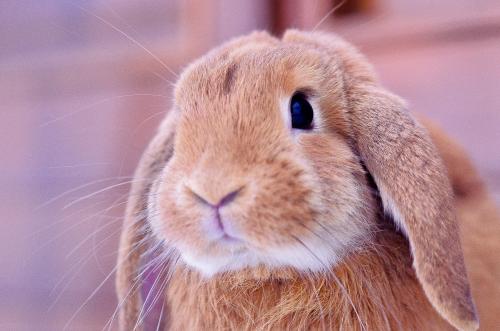 Popularly known as "clicker training," using a marker is a way that professional animal trainers let an animal know they've done something right. A clicker works great with bunnies but you can also use a verbal marker which is a short word like "yes!" or "ok!" For any behavior, you will use your marker signal this way:

Fun Tricks to Teach Your Rabbit

There are many tricks you can teach your rabbit and once your rabbit understands the marker, you can be as creative as you like. Always work at your rabbit's level. Shyer rabbits may take longer to learn a trick so keep your training sessions short and positive and be patient!

A great first "trick" to teach your rabbit is to recognize his name. This is helpful for teaching future tricks since it's a way to get his attention.

Teaching a bunny to come when called is the next step after teaching them their name. It's a useful command for getting your bunny to come to you particularly if you're outside in your yard with him and need him to get to you quickly. 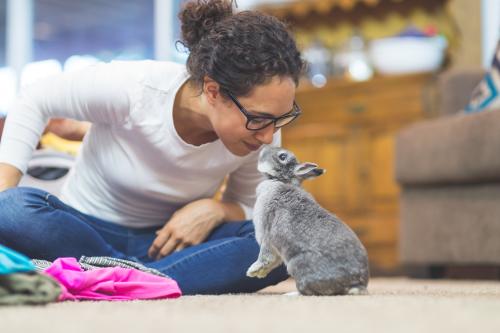 Teaching a rabbit to roll over can be really adorable, but you may not find this as easy to do if the rabbit is shy since this will involve some handling on your part.

Even more adorable than the roll over is teaching your bunny to high five (with one paw) or high ten (with both paws).

For a really fun trick that's also terrific exercise, try teaching your bunny some rabbit agility. Just like a dog agility course, bunnies can learn how to jump over and go through obstacles. In fact there are even competitions internationally for rabbits to do agility courses and rabbit hopping!

Once you start teaching your rabbit tricks, you'll probably catch the training "bug" when you realize how much fun it is and how smart rabbits are. It's also a wonderful way to bond with your rabbit and develop a stronger relationship. Be creative and have fun!

0
Comments
© 2006-2020 LoveToKnow, Corp., except where otherwise noted. All Rights Reserved.
Resources, Advice & Tips for Covid-19
Read More
How to Train a Rabbit to Do Tricks