What Is a Fancy Rat?

A "Fancy" rat is a term for a rat that was bred to be a pet, as opposed to rats found in the wild. The standards for captive-bred rats are set by the American Fancy Rat & Mouse Association (AFRMA). AFRMA categories rats by varieties and sections rather than by breed. This means that in terms of personality and other characteristics, there's little difference between the varieties and sections. Once you've settled on a rat as a pet, this means you can focus on the look you enjoy when choosing a new rodent buddy. 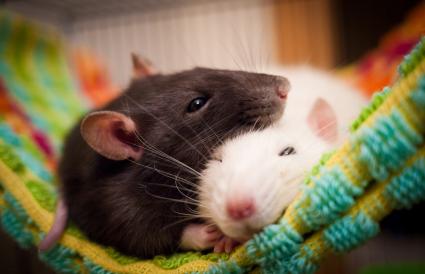 There are seven varieties of rats recognized by AFRMA. Varieties refers to either the type of coat the rat has, ear shape, or other features. It's possible for a rat to be a member of multiple varieties. For example, you can have a rat that's a dumbo and a rex.

This rat variety has a coat that's coarse and wiry to the touch, hence their name. Their fur is also short.

This rat variety gets their name from the Disney cartoon elephant Dumbo. They have large, round ears that are set lower on the head than standard, "top" ears. 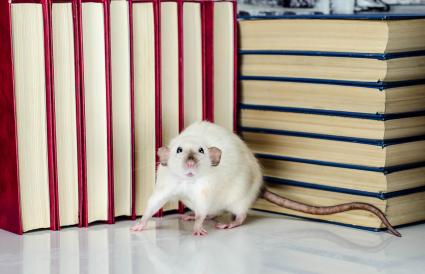 Hairless rats are also called Sphynx rats, like the cat breed. These rats are either entirely hairless or have some small patches of fur on their faces. Hairless rats are often smaller than other varieties. 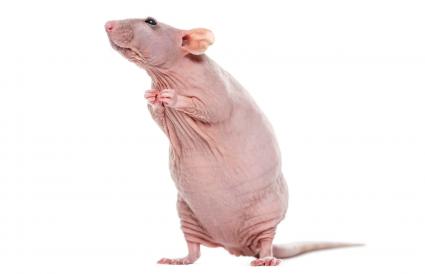 The rex rat has curly fur, somewhat like a Cornish Rex cat. They also have whiskers that look crumpled and wrinkled. A "double rex" rat has even curlier fur in smaller quantities, giving these rats a hairless appearance if viewed from far away. 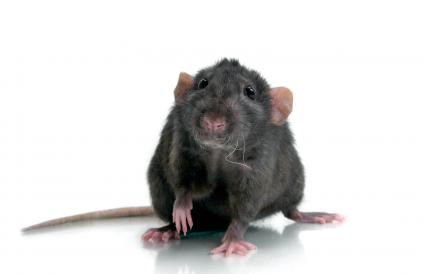 Satin rats get their name from their soft, satiny fur. Their fur is also longer than that of a rex or standard rat.

A standard rat has a short coat with a smooth appearance and ears that sit on top of their head. Male standard rats have longer hair than females that may feel rougher to the touch and can be greasy.

These rats lack a tail and their body shape is stockier and smaller compared to other varieties. Their back end may also appear rounder than other varieties due to the absence of a tail. These rats are sometimes referred to as Manx rats like the tailless cat breed.

Dwarf rats are not recognized as a separate variety by AFRMA. These rats can be any of the varieties above but they are about 30% of the size of the regular varieties.

A self coloring refers to a rat with a single solid color all over. Self colors include: 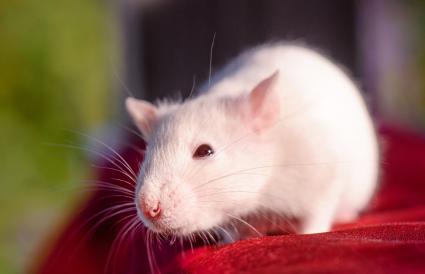 A rat that is silvered has white hairs mixed in with another color, giving the second color a silvery sheen. Silvered rats come in:

Marked rats have distinctive color patterns on their bodies. The most commonly found marked rats are: 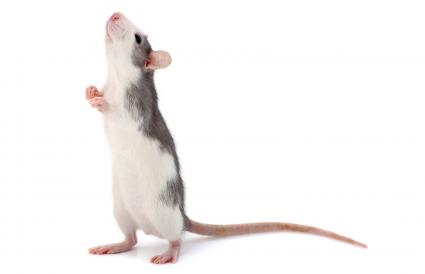 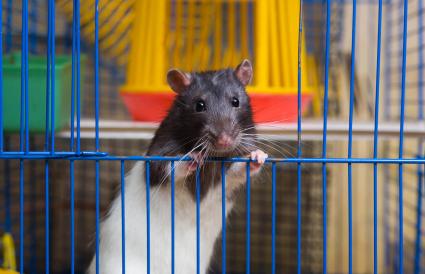 These are rats that do not have any white on them and have multiple other colors. Colors in this section include: 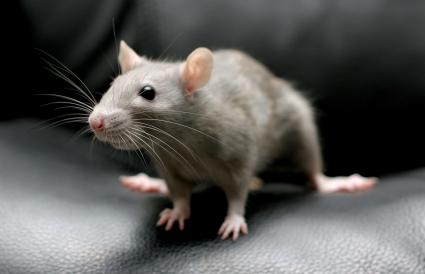 Any Other Color Pattern

These rats have multiple colors and patterns that do not include white. These rats can be:

"Odd eye" rats can come in any color or pattern. The name refers to having two eyes of different colors, such as one red and one black eye. This is also known as heterochromia.

Other Colors and Patterns

In addition to the colors and patterns recognized by AFRMA, there are several others that are considered "Unstandardized." These include d'argent (a silver tipped coat), roan or husky (a solid color mixed with white on the individual hairs), and silver Russian dove (a soft gray color silver ticking).

Learning More About Types of Rats

Rats come in a large array of colors, patterns and coat types. If you think all rats look like the common brown rat found in the wild, you'll be surprised to see the variety, many of which mimic the colors and patterns found with popular cat and dog breeds. Once you get involved in the rat fancy, you're sure to become hooked and have a hard time picking a favorite variety and section combination!