Guinea pigs come in a wide variety of colors and patterns, as well as coat lengths. Using their striking coloring is a great way to find inspiration for the perfect name for your new fluffy pets!

"Self" colors are Guinea pigs with a coat that is a single solid color throughout. Some common self colors are black, brown, orange, red and white.

Guinea pigs that are all black can be named after all sorts of things reminiscent of the color. 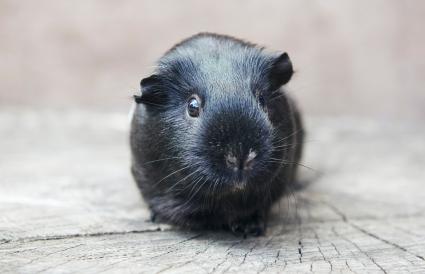 Guinea pigs can come in several shades of brown, from the lightest cream color to beige, buff, cinnamon and chocolate. 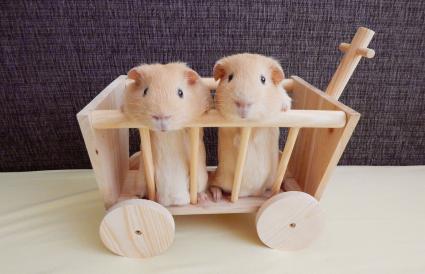 Orange Guinea pigs can have a yellowish-red tinge to their fur that can make you think of fall colors and vibrant flowers. 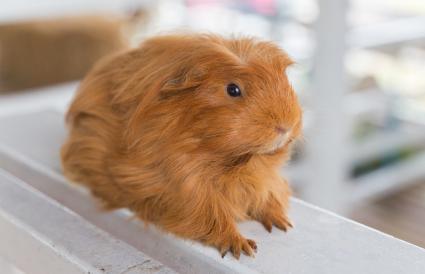 If you have a red Guinea pig, you can use their gorgeous auburn fur as inspiration for names inspired by the color. 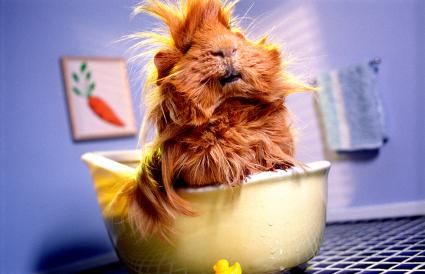 White Guinea pigs can come with dark or pink (red) eyes. Use their lovely white coat to find a name that fits their fluffy beauty. 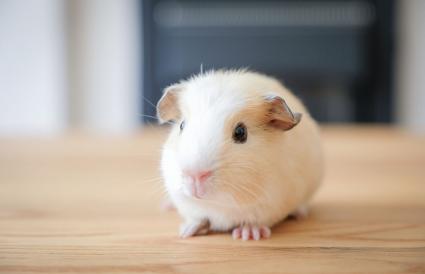 "Solid" color Guinea pigs actually have a primary color and another color. The second color is spread throughout the body and mixes with the primary color to create the actual coat color. Common examples of these types of Guinea pig colors are gold and silver coats.

Gold Guinea pigs range from a yellowish color to a honey golden brown. You can use names based on the color gold or blond as inspiration. 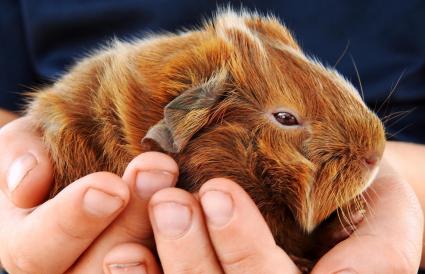 Silver Guinea pigs can range from a light grey to a medium gray shade. Silver and gray items and terms are perfect sources for names.

Common multi-color patterns found in Guinea pigs include agouti, marked, brindle, broken, Himalayan, Dalmatian, harlequin, roan, tortoiseshell and Dutch. Since these color patterns can vary from the subtle shadings to clear delineations between sections of colors, names can be based on items or terms these patterns evoke. 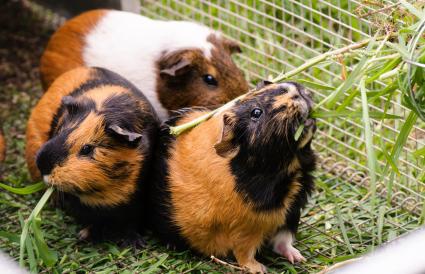 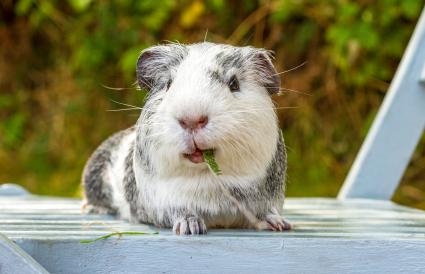 Guinea pigs come in so many beautiful colors and patterns that it makes perfect sense to use this as your naming inspiration. Whether it's names that mean certain colors, or items that exist in nature or characters that exemplify that color or pattern, use your imagination to find the name that fits your new cavy friend.