Most people probably don't think fish have teeth and consider it a rarity confined to certain types. The image of piranhas attacking their hapless prey comes to mind. However, you might be surprised to learn that all species of fish have some type of teeth.

All Fish Have Teeth

All fresh and saltwater fish have teeth although their teeth structure and location will vary depending on a species' diet.

Carnivorous fish depend on eating protein such as other species of fish, insects and other live animals to live. Because of this, they have teeth that look like what we would expect of teeth. 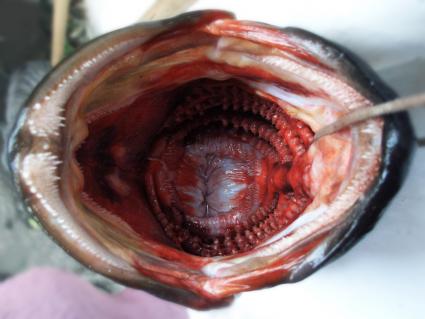 Fish that live on plants and algae have teeth that are designed for cutting into vegetation and breaking it down. These fish rely on incisors which can either be "individual" like a human's or melded together as almost one unit like a bird's beak.

The reason people usually don't think of a fish having teeth is that it's not as easy to see them, depending on the species, based on where they are situated in the anatomy of a fish's mouth. A fish's teeth can be found in the "expected" places like inside the lips or along their jaws. Some fish species have their teeth on their tongues or in their throat, which are known as pharyngeal teeth.

Since all fish have teeth, this means your fish happily swimming in tanks in your house all have a set of choppers.

Of course, not worrying about a bite is true for commonly kept pet fish that are small. With larger fish, such as piranhas, you will need to be more careful as their teeth are capable of inflicting damage. As you can see in the video below, piranha teeth can draw blood and are not a breed of fish for beginner pet lovers.

Fish and human's teeth are different in that:

Dental Care for Your Fish

For most commonly kept fish species, there is nothing you can do to assist them with dental care, other than making sure you're feeding a species appropriate diet. Some fish with "beaks" does need occasional teeth trimming such as puffer fish.

Do Fish Have Tongues?

Just as fish have teeth, they also have tongues though they're not structurally like a human's tongue. The "basihyal" is a bone that is considered the equivalent of a tongue because it's on the bottom of the fish's mouth. However, unlike a human, it does not include taste buds and doesn't perform the same functions. The basihyal's main purpose appears to be preventing food from going into the ventral aorta. 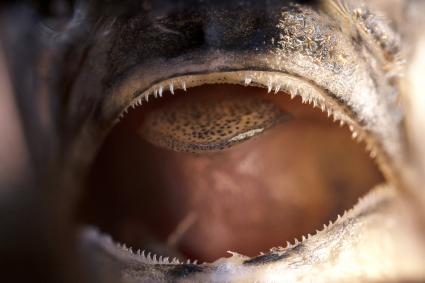 All fish have teeth of one type or another so learning your goldfish has them shouldn't be a concern. If you decide to keep larger, carnivorous fish, consult with your aquarium store specialist for tips on how to handle them without getting nipped.