The axolotl is an amphibian, specifically a neotenic salamander, that can be found in the wild, as well as in captivity. Learn more about these interesting little critters by diving into some axolotl facts.

The axolotl is a small salamander that can only be found in one location in the wild, otherwise it is kept in captivity.

What's Something Interesting About Axolotls?

Interesting facts about the axolotl: 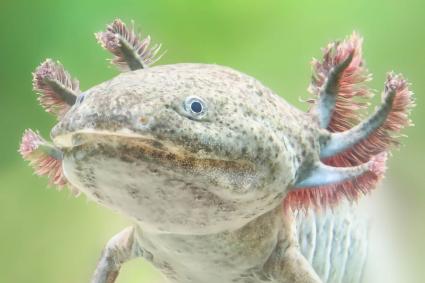 Axolotls do sleep, however they do not have eyelids so you it is difficult to tell how long their resting periods are. When sleeping, the axolotl tends to hunker down and find a hidden spot to relax to avoid getting spotted by predators. They are much more active at night, as they are considered nocturnal.

They are not particularly friendly and prefer to spend time alone. These wild critters will typically only spend time with other axolotls during mating.

They are not immortal and live for an average of 10 to 15 years. Their lifespan may be prolonged compared to other animals who sustain injury due to their ability to regenerate organs and limbs.

Fun facts about the axolotl:

Axolotl tend to have poor eyesight and are sensitive to the light. They see much better in dim to low light.

The axolotl is a fascinating salamander that is not only cute, but has some incredibly unique traits.

Comments
© 2006-2021 LoveToKnow, Corp., except where otherwise noted. All Rights Reserved.
19 Axolotl Facts as Unique as the Walking Fish