Known for their enchanting songs and their invaluable help in historic coalmines, canaries are iconic birds who have a wealth of interesting characteristics unique to their breed as these canary bird facts will certainly unveil. Take a deeper look at these sunshine-yellow, feathered friends and see which canary facts surprise you the most.

Canaries weren't always pets. Learn about the origin and history of these songbirds.

They Come From the Canary Islands

The canary species (Serinus canaria) comes from finch lineage and originated in the Canaries, a small chain of islands located off the West African Coast. These birds were eventually transported across the Atlantic ocean to the North and South American continents, and wild canaries still roam throughout parts of Hawaii and Puerto Rico. 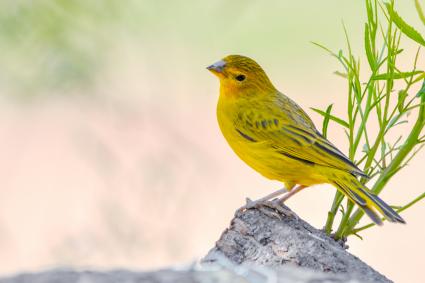 Domestic Canaries Are Their Own Subspecies

Humans have selectively bred wild canaries over hundreds of years to create domestic birds who have exceedingly bright feathers and loud, extensive songs. This breeding process has created such a unique strain of canary that scientists felt it necessary to designate it as its own subspecies of the wild canary family. This species - Serinus canaria domesticus - can come in a variety of colors other than yellow, like white, pink, and orange, although yellow is by far the most popular of all the choices.

Canary yellow is a popular color for things like textiles and art supplies, but you may be wondering where this name came from. Unsurprisingly, the name originated with the eponymous songbird and its beloved, bright yellow color, but what you probably didn't know is that these rich colors can indicate whether a canary is domestic or wild. Solid-colored canaries do not naturally appear in the wild; in fact, breeders specifically created solid-colored canaries to be pets and the musically talented bird's popularity inspired the naming of this specific shade of yellow. 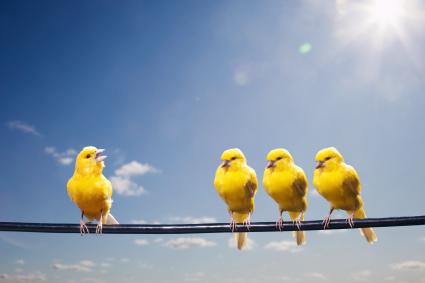 Canaries and Dogs Have an Etymological Connection

According to folklore, the Canary Islands were named after a first century native chief who explored the islands and found the largest of them to be overrun by a pack of wild dogs. This inspired the chief to name the island Canaria after the Latin word for dog - canis. Many years later, visitors who came across the wild canary birds belting their songs throughout the trees began collecting these birds and nicknamed canaries. 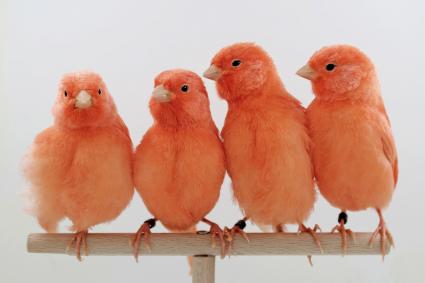 Can't get enough canaries? Explore even more facts about canaries.

Perhaps you've heard of the saying "like a canary in a coal mine," but this is one yesteryear idiom that has real roots. Back in the early 20th century, canaries were brought deep into coal mines to serve as early detectors for leaks of poisonous carbon monoxide and other dangerous gases. You're instinct might be to think it has something to do with the canary's beautiful singing capabilities; but really it stems from their ability as birds to take in double the amount of air as humans in each breath. This means that these talkative birds would show signs of poisoning much earlier than humans, letting miners have the opportunity to evacuate the mines before it became too late. 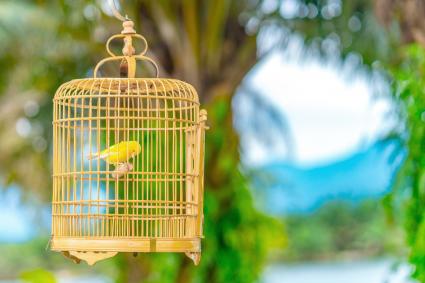 The infamous 1950 cartoon short, Canary Row, that introduced perhaps the most iconic yellow canary, Tweety Bird, inspired linguistics research around the globe. The gesticulations and nonverbal communication within the short film helped researchers glean information about how people communicate and operate within language in tandem with spontaneous physical movements, and these concepts are explored in Dr. David McNeill's 1992 seminal text Hand and Mind: What Gestures Reveal about Thought. 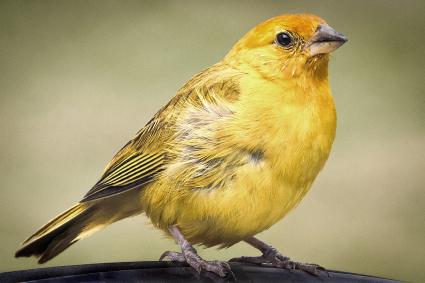 Along with male peacocks and their beautiful plumage, male canaries have evolved to be the more musically talented of the sexes. Male canaries use their songs to attract female mates; the louder, more complex the song, the more likely a male is to attract a female during mating season. Males can also use their voices to mark their territory and ward off other males from encroaching into their space. Domesticate male canaries still have the instinct to sing and will proudly shout their songs from within their cages. 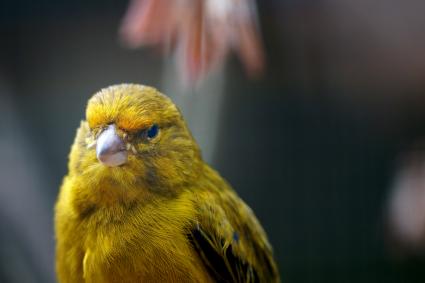 It's incredibly interesting how these fluffy, vocal birds have become so entrenched in popular culture that they appear in such fields as color theory and linguistics. Yet, their popularity among both bird watchers and bird owners doesn't seem to be waning any time soon, and as these canary bird facts illustrate, that's for a very good reason.