Birds can make amazing pets, but one factor that you should consider before bringing one home is the average pet bird lifespan. Smaller birds can live as long as 10 years or more while larger parrots can live up to 50 years, which means you'll need to have a plan in place for their care should something happen to you.

Smaller birds tend to live shorter life spans compared to other common pet birds. Birds in this group live anywhere from five years up to 15 years.

Finches live on the shorter end of a pet bird's lifespan. They have been known to live as long as 15 years, but on average most pet finches live about five to 10 years. The most common finches kept as pets are the zebra, owl and Gouldian finches. 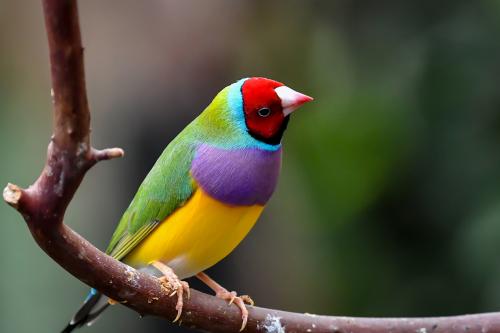 Lovebirds can live as long as 20 years, but the average age for a lovebird is about 10 years. Some of the most common lovebird pet species are the Fischer's lovebird, the peach-faced lovebird and the masked lovebird. Lovebirds, despite their name, are known for being aggressive to other birds and even to birds of their own species. 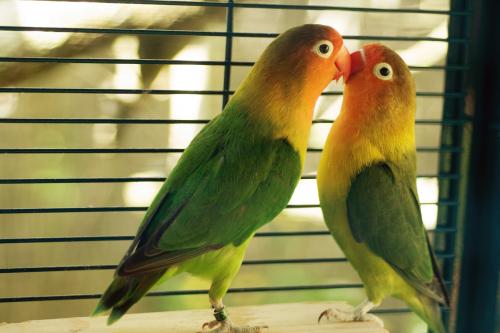 Canaries in captivity live about 10 to 15 years, although it's possible for them to live as long as 25 years. Popular canary species kept as pets are the red-factor canary and the song canary. 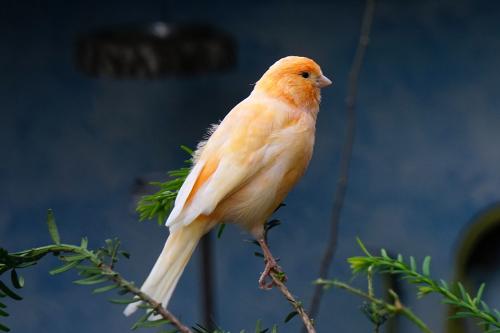 The most commonly kept doves as pets are the diamond and ring-necked doves. They tend to live about 12 to 15 years as pets. They can live up to 20 years, however. 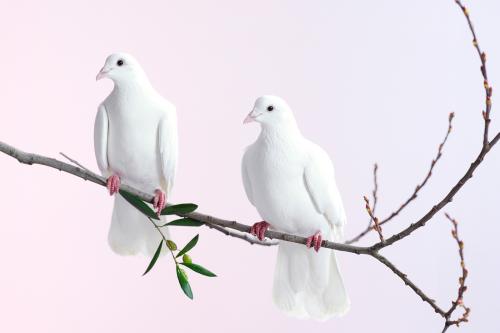 Parakeets, or budgerigars or budgies, tend to live about five to 12 years as pets. They can live longer, up to 18 years, though that's not the norm for the species. Some types of parakeets can live longer, with the monk parakeet living about 15 to 20 years. Two other types, the ring-necked parakeet and the quaker parakeet, live about 25 to 30 years on average. 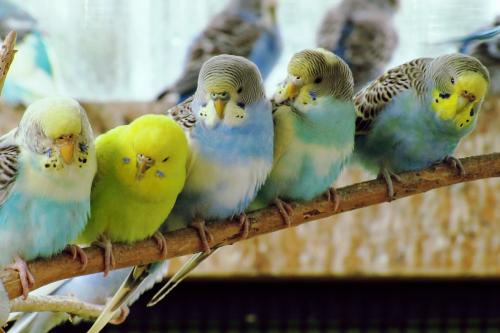 The cockatiel, possibly the most popular pet parrot, can live between 15 to 20 years of age. It's possible for them to live up to 35 years, though most live on the shorter end of the age range as pets. 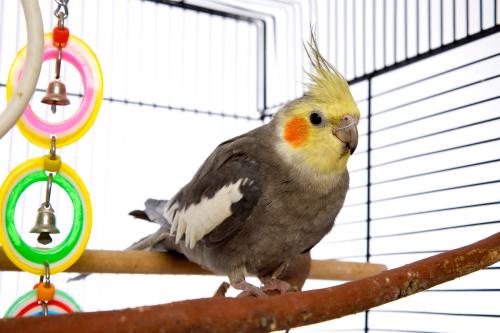 The parrotlet lives around 15 years though some can live as long as 20 years. The most common parrotlets kept as pets are the Pacific parrotlet and the green-rumped parrotlet. 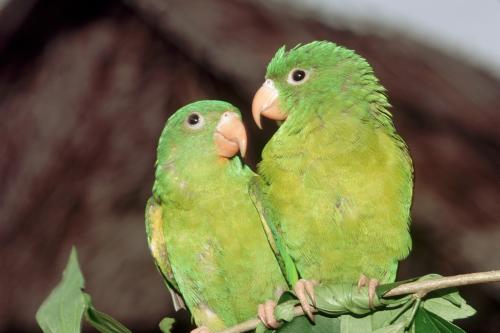 This species, also known as a lory, lives about 15 to 20 years, although females tend to live shorter lives than males. This is due to problems with constant laying of eggs, which causes their health to deteriorate. They are also very susceptible to bacterial infections because their diet consists of fresh fruit and nectar which can go bad if not removed quickly enough from the bird's cage after it has finished eating. 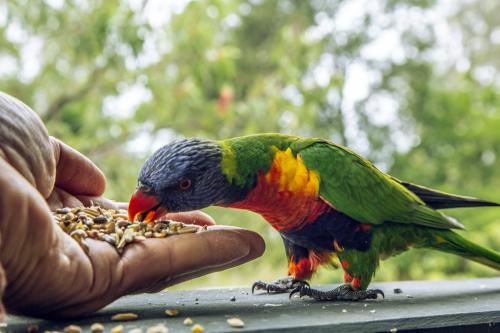 Birds with long lifespans can live up to 50 years, though for many between 15 to 25 years is more common. The care and maintenance of these birds during their lifetime will have a lot to do with their overall length of life.

The pionus parrot lives about 15 years on average in captivity. However, they're capable of living as long as 25 to 30 years or more. Common pionus parrots are the blue-headed pionus, bronze-winged pionus, Maximilian's pionus, dusky pionus and the white-capped pionus. Pionus parrots are known for problems with vitamin A deficiency, so it's important to ensure they are being fed a species-appropriate diet. 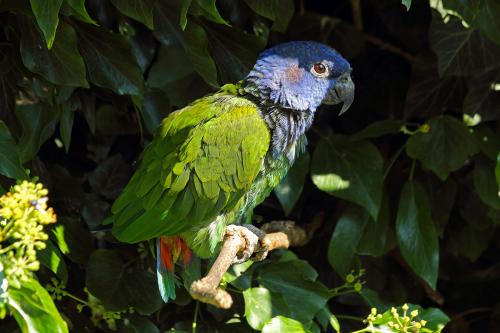 Conures generally live in the 15 to 20 year range. They can live as long as 40 years, however. Popular types of conures that are kept as pets include the blue-crowned conure, green-cheeked conure, Jenday conure and sun conure. Conures are another bird species that does poorly without constant interaction and this can lead to self-injurious behaviors and a shortened lifespan. 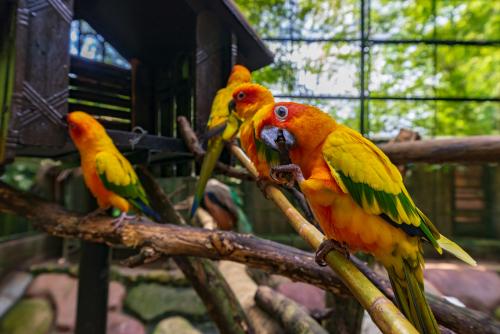 The caique is a colorful bird known for a clownish, playful personality. They can live around 27 to 40 years, but it's possible for them to live much longer. Caiques are known for being aggressive to other types of birds, so it's best to keep them only with other caiques. 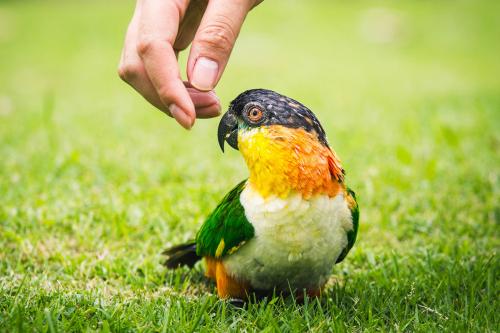 African grey parrots usually live around 25 years, but they are able to live twice as long. These birds are highly intelligent and are called the "Einsteins of the bird world." Unfortunately this intelligence causes problems for them for without proper mental and environmental stimulation, they are known for developing behavioral problems which lead to medical issues and a shortened lifespan. 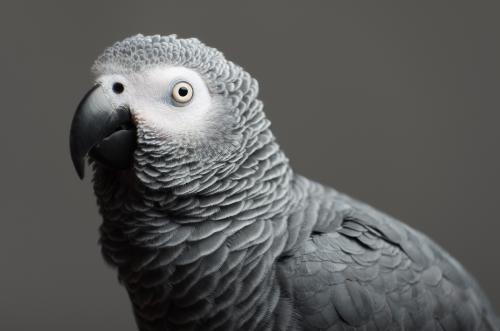 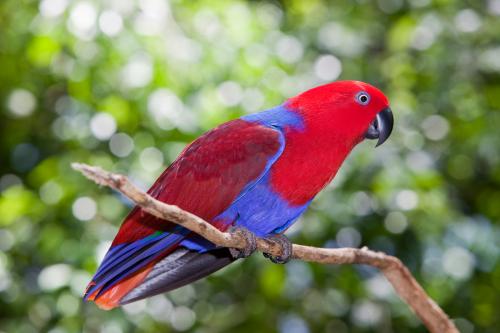 Like the African grey, the Amazon parrot can live as long as 50 years or even longer. In general, they tend to only live about 20 years as pets. Amazon parrots are known for problems with obesity and vitamin A deficiency, so careful control of their daily diet is critical to good health. 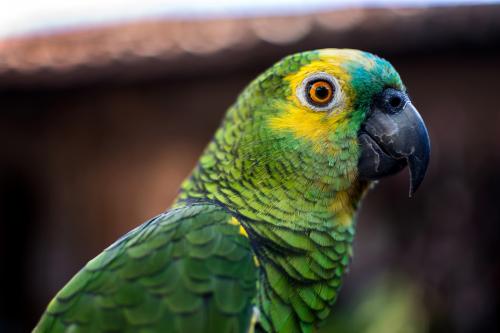 The Cockatoo can live between 30 to 70 years of age as a pet. It is possible for them to live longer however, and some have lived to be over 100 years old. Cockatoos are known as a "velcro" bird because of their need for attention and human interaction, and this can lead to behavior and health problems for these complicated birds. The most common types of pet cockatoos are the Goffin's cockatoo, Moluccan cockatoo and the umbrella cockatoo. 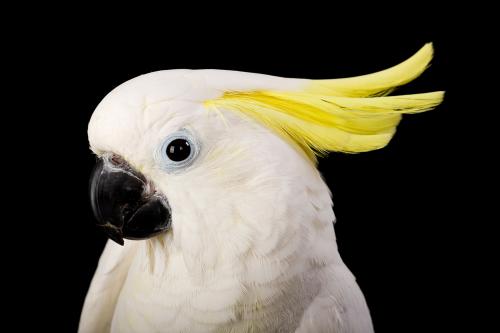 Large macaws like the blue and gold macaw, green-winged macaw, hyacinth macaw, scarlet macaw, and the military macaw will live around 30 to 50 years in captivity. They have been known to live much longer, however, reaching ages up to 80 years old. Some of the smaller macaw species will live around 25 years, though they're capable of living up to 40 years. Smaller macaws, or "mini macaws," include the Hahn's macaw, Illiger's macaw, severe macaw and the yellow-collared macaw. 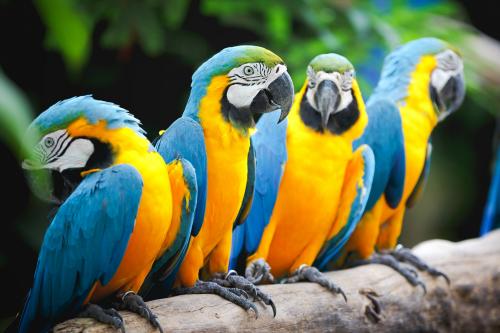 What Effects a Pet Bird's Lifespan?

One of the interesting facts about pet birds is the gap between their average lifespan in captivity and what age they're actually capable of living to. Common pet birds, regardless of size and type, all deal with the same types of issues which can lead to shorter lives.

Many birds are fed a poor diet compared to what they would receive in the wild, and this can have a negative effect on their health. These diets are too high in fat and lack important nutrients which can cause the bird to have high blood cholesterol, heart disease and kidney failure. Feeding them a diet of seeds only will not provide them with balanced nutrition. Birds do best on a quality pellet diet supplemented with tiny amounts of fresh fruits and vegetables, cooked eggs, nuts, low-salt crackers, and grains like brown rice and pasta.

Birds that are kept in cages that are too small for them will also likely not live as long as they could. Even when they do have a good-sized cage, they need time out of the cage to fly in a supervised area. While cage sizes will vary across species, as a general rule you should always buy the largest cage that space and your finances allows for. 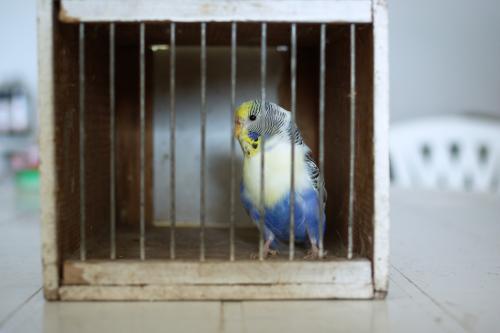 One of the problems with birds is that it's often hard to tell that they're sick until they're very ill. By the time they show signs and an order realizes something is wrong, the condition they are suffering from may have done too much damage and the bird is unable to survive, despite medical treatment.

Birds tend to be sensitive to drafts and can easily develop health problems if kept in an area of the house that's not warm enough for them. They also tend to develop respiratory conditions very easily as they are sensitive to chemicals in the home environment such as smoke from cigarettes and from cooking with teflon pans, as well as many strong household cleaning products. Birds also require exposure to sunlight in order to make vitamin D in their bodies for bone health, and this leads to problems with their skeletal system.

Birds are very intelligent creatures, more so than many pet owners realize before bringing one home. They need a lot of interaction and enrichment to be happy. This means you need to spend daily time with them, provide them with lots of toys and activities and allow them time out of their cages regularly. Birds can become easily stressed and engage in behaviors like screaming and feather picking to compensate for their anxiety and boredom. This can hurt their chances of living a long time as stress can seriously compromise their immune systems. 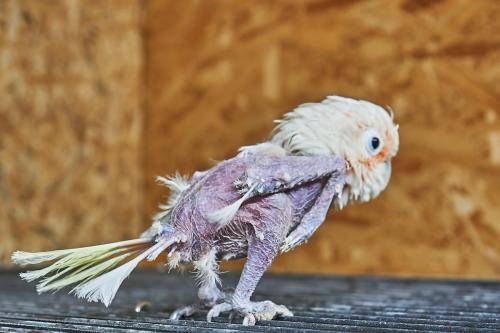 In addition, because the larger birds live so long, they can bond heavily with one person and if that person dies, the bird often has a hard time adjusting to another caretaker, which can also cause severe stress and self-mutilating behaviors.

Another common reason for pet birds to not reach their full lifespan is accidents in the home. This can include accidents during free flight time such as flying into walls, windows or other objects. Birds have also been known to fly into ceiling fans and get injured. They also can easily become prey for other animals in the home, such as dogs and cats with a prey drive, or even other birds if cage mates become aggressive with each other.

Keeping pet birds can be a lot of work, particularly as you move up to the larger species that have more intense social, mental, and environmental needs. Birds of any size also need a healthy diet that contains more than just seeds. The key to keeping your pet bird's lifespan as long as possible is making sure you have all of your bird's needs met. The more intelligent the bird, the more you'll need to make sure they are getting daily interaction and mental stimulation as sadly anxiety and stress can be a major contributor to a pet bird's shortened lifespan.