Parrots are some of the world's most colorful birds, both in feathers and in personality. There is nothing dull about the parrot, and these parrot facts prove that these clever and entertaining birds never cease to amaze.

Parrot Facts About Their Social Life

Parrots are highly social. Discover these interesting facts about a parrot's social life.

They Are Social Creatures

In the wild, parrots mate for life, staying true to the partner of their choosing. On top of that, they live in colonies containing up to 20-30 birds. Parrot pet owners often find that keeping a pair of parrots is best for the birds, so long as they aren't housing two males or two females together.

Parrots are little chatterboxes, often imitating words that humans make. Puck, a blue parakeet, broke all records when he managed to recognize an astounding 1,728 words. Aside from babbling, a few parrots can also carry a tune. An Amazon parrot named Groucho gained notoriety for belting out the words to, "How Much is that Doggie in the Window," in 2010.

They Mate for Life

When a parrot chooses a mate, they choose that mate for life. Even when it isn't the breeding season, parrots stay true to the mate that they have chosen. The only time they go their own way is when one of the partners dies or the couple cannot seem to produce any offspring. These are truly devoted birds.

Interesting Facts About How Parrots Live

Most people only experience parrots in cages, but in fact they live quite differently in the wild. Learn these interesting facts about how these beautiful feathered creatures live.

The vast majority of parrot species will stay in their home range throughout the year, but a few types of parrots actually migrate at different times of the year. The swift parrot and the orange-bellied parrot are both known to cross the Bass Strait between Australia and Tasmania. 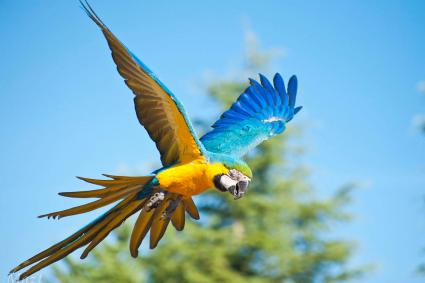 Parrots Eat With Their Feet

When it comes to dining habits, the parrot has a leg up on other birds. They are the only kind of bird that holds food up to their mouths when they eat.

Parrots Have a Strange Sleeping Position

There are many animals that choose to sleep in some seriously strange positions. Bats sleep upside down, otters float around during naptime, and giraffes only sleep for very short periods of time. Parrots also have a unique sleeping position. They sleep standing on only one foot. This is for two reasons: one is to conserve body heat and the other is to give the tucked-away foot a rest.

They Live in Holes

If you assumed that parrots make homes high up in the treetops, you are probably not alone. Parrots actually create nests in holes. They will hollow out trees, termite mounds, rock cavities, and even burrow into the ground creating tunnels.

Can't get enough of these feathered friends? Here are some more fun parrot facts.

Parrots have a tendency to look just like their partners. Many species in the animal kingdom have males and females that differ in how they appear, but male and female parrots look nearly identical. There are only a handful of exceptions to this phenomenon, like the Solomon Island Eclectus. With this breed, the males are bright green with flame-colored beaks and the females are crimson and royal blue with black beaks.

There Are Many Types of Parrots

When people think of parrots, they are likely imagining the ever-popular budgerigar (budgie) or the fancy cockatiel. While these two breeds of parrot are widely shown in pop culture and owned by people all over the world, they are not the only parrot breeds in the animal kingdom. There are, in fact, 372 different types of parrots currently recognized.

Parrots Can Live a Long Time

Parrots defy the norm when it comes to animal life span. The lifespan of the parrot depends on the care it receives, predators, and the type of parrot it is. A cockatiel has a lifespan of 10 to 15 years, while the African Grey Parrot can get to be much older, averaging 40 to 60 years. The oldest parrot to date was Cookie the cockatoo. Cookie lived out his life at the Brookfield Zoo, passing away at the ripe old age of 83.

Not All Parrots Can Fly

The rare Kakapo is nearly extinct, and there are only about 200 or fewer of these beautiful birds left in captivity. The kakapo is the world's heaviest parrot, and it can not fly.

They Have Super Strong Beaks

Parrots have incredibly strong beaks. Their curved beaks help them to break into hard-shelled fruits and foods like coconuts and tear into nutshells. The giant macaw has a beak that is so powerful it can smash a Brazil nut with ease and even finagle itself out of a metal cage. 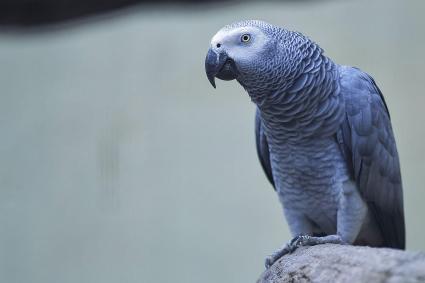 One Australian Parrot Is Highly Elusive

One type of parrot is so rare and elusive that it has only been seen in flight three times within the last century. The Australian Night Parrot is one breed of bird that manages to constantly fly under the radar, pun intended!

Not Everyone Can Own a Parrot

Parrots are some of the most common household pets with feathers, and it is easy to see why people all over the world would want to keep one nearby. Not everyone in the world can become pet owners, however, as some countries have banned ownership of the popular bird. Both India and Switzerland don't allow parrots to be kept as common household pets. In the United States, some parrot breeds are illegal to have in homes. Several states have banned ownership of the Quaker parrot as an agricultural threat.

A Macaw's Age Is Determined by Its Eyes

It is nearly impossible to tell a young macaw from a mature macaw. To determine if this type of parrot is young or old, you have to focus on its eyes. The older macaw will have yellowish eyes, while the younger macaw will have black eyes. 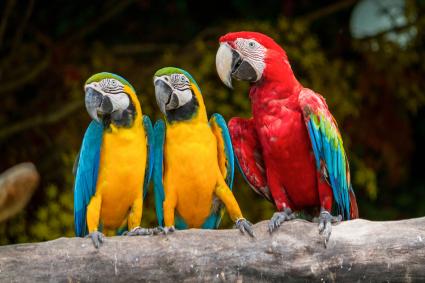 Not All Parrots Are Tropical Birds

True, the overwhelming majority of parrots live in tropical locales, but one parrot breed makes his living high up in the mountain tops. The kea parrot lives in chilly, mountainous regions where it keeps warm with its thick feathered layers and a rounded body that is specially designed to retain heat.

Parrots Have a Protective Layer

Parrots have a pretty cool way of staying healthy. Their feathers contain antibacterial pigments that help them ward off infections that they come across. It isn't a surefire way of defense for the parrot, but it certainly helps!

Amazing Creature of the Sky

Generally speaking, birds are pretty cool creatures, and the parrot ranks up there as one of the prettiest and smartest breeds in the entire animal kingdom. There is very little a parrot can't do!