There are so many types of guppies and different guppy colors that it's difficult to list them all, and breeders are constantly working to create new guppy varieties all the time. You've likely only seen a fraction of what's available, so learn more about them.

According to the Encyclopedia Britannica, guppies are a member of the Poeciliidae family. In this family, you'll find: 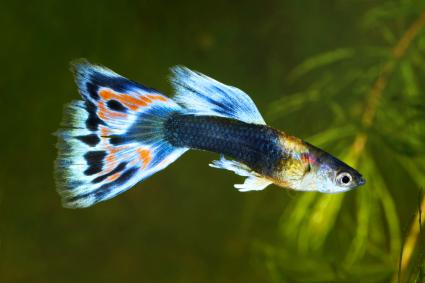 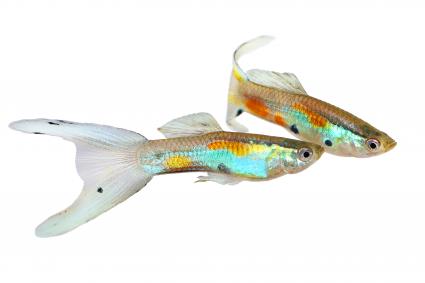 An Overview of Different Types of Guppies

Guppies have been a favorite of hobby breeders for decades, and many types have been developed through the years. These "types" are also referred to as "strains" by hobby breeders when a particular set of characteristics begins to breed true Look at the types of guppies with pictures to determine the one you want as a pet. When you begin to mix and match all the possible characteristics that are found in these fish, it's easy to understand why there is such an incredible variety to choose from.

Aside from the fact that guppies are sexually dimorphic, which means you can tell the males and females apart just by looking at them, there are three major characteristics that distinguish one type of guppy from the next.

Guppies come in nearly every color. Some even come in metallic colors. Metal guppies, as they are sometimes referred to, have a particular sheen because they have cells called iridophores. Iridophores are literally color cells that have no color of their own and instead reflect light off their mirrored platelets to create an iridescent effect. Other colors include: 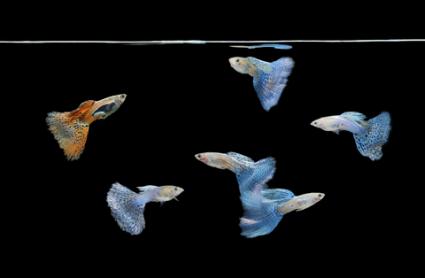 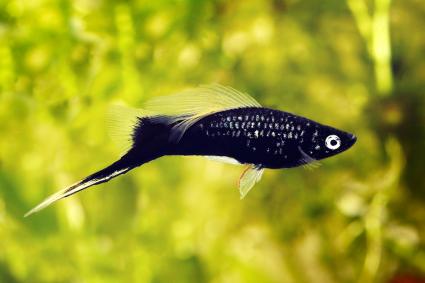 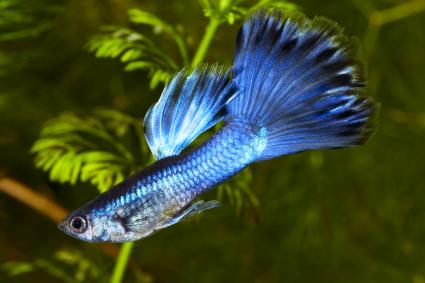 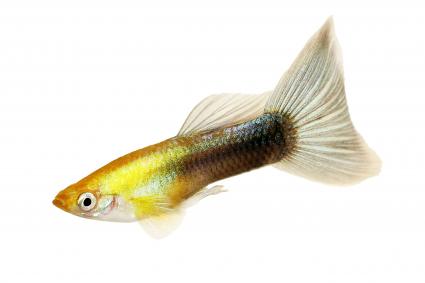 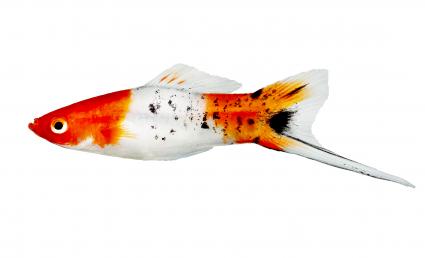 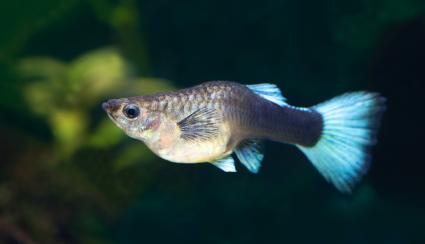 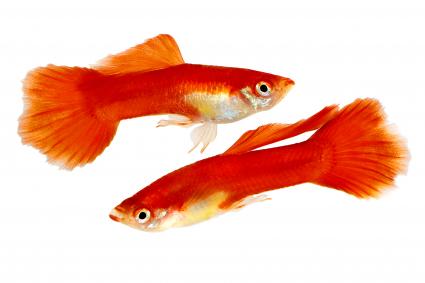 Guppies can also carry different colors on the upper and lower portions of their bodies. The upper portion of the body, which includes the head and main body, is typically a lighter color, such as a light gray. In fact, this gray is probably the most dominant body color in the species, but you'll also find some gold and platinum bodies, as well as albinos. The thinner, rear portion of the body that leads into the tail is sometimes a different color from the rest of the body.

Some guppies are solid colored, while others display different body patterns. 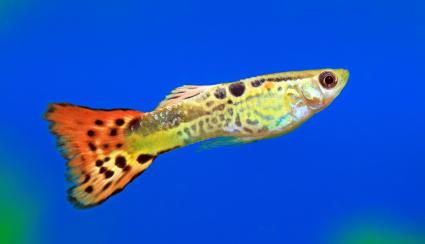 Guppy tail fins can be solid-colored, but they can also come in different patterns that make them look quite exotic. It's interesting to note that patterns often go by different names in different regions. The pattern names listed here are some of the most common. 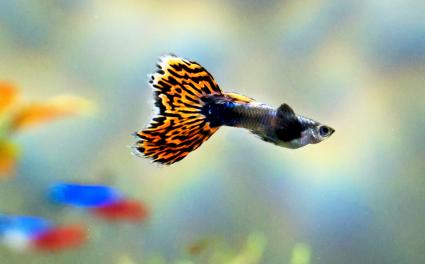 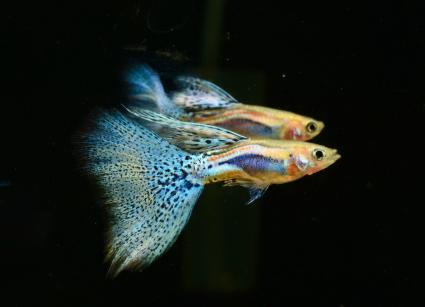 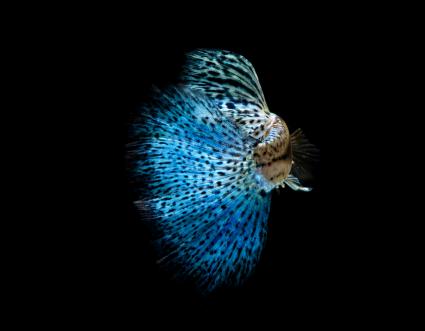 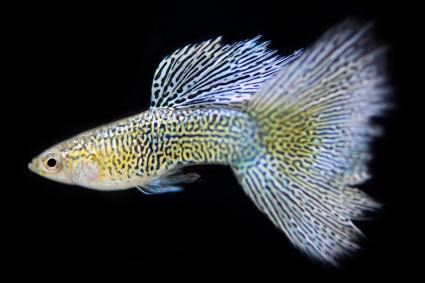 Selective breeding has led to the development of a number of distinct tail types. The chart below offers a clear view of different varieties that are currently available. Although each type of tail is listed here, you'll still find that the same type of tail might go by a different name in another region. So much diversity is a good thing, but it can get a little confusing at times. Guppy fin tail types are: 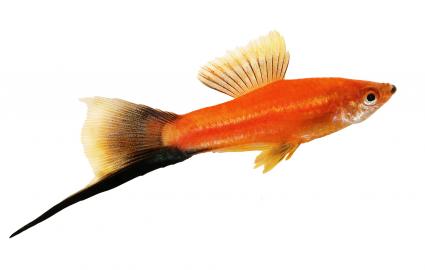 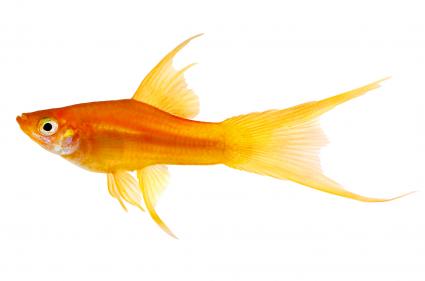 Guppies can also have a variety of pectoral fins that set them apart from each other. The dumbo ear or elephant guppy have big fins that look like an elephant's ears on either side of the head.

While most guppies have dark eyes, some actually have red eyes, There are two types of red-eyed guppies. 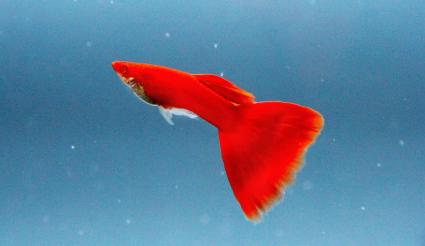 So-called "mutt" guppies derive their name from the fact that they are mixes of other types of guppies.

There's a Guppy to Please Everyone

Guppies are available in every color of the rainbow, in combinations of colors as well as different patterns and tail types. When you consider the fact that all of these characteristics can be found in practically limitless combinations, there's bound to be at least one guppy that pleases the eye every individual. Whether you are interested in breeding and raising their fry, showing guppies or you just want to keep some as pets, you're going to find at least a few types that really appeal to you. Guppies are popular fish for tropical aquariums and easy to care for, so don't hesitate to give them a try.