Are you looking for inspiration for clever pet fish names that will make your friends and family laugh? Although humor is in the eye of the beholder, these cute fish names should get you started and give you some ideas on which you can build. Get inspired!

Funny Names for Any Fish

There are some cute fish names that would be funny for almost any type of fish you can purchase. Depending on your sense of humor, you might find some of these more amusing than others.

Don't expect your child to come up with a great fish name that is clever or even makes sense, especially if she is very young and this is her first pet. A chosen name might relate to its color or a favorite character or food. It also might be your kid's attempt at humor, which can be appropriately juvenile. Possibilities might include:

Certain types of fish are known for their appearance or behaviors. For example, the betta is also known as the Siamese fighting fish because of its aggressive nature. Naming a betta after a famous boxer is fitting. Alternately, you could name him Sweet Pea, which is the opposite name you'd expect based on the betta's reputation. Goldfish easily lend themselves to names like Goldie, but try to think outside the box to find a name that strikes a chord. 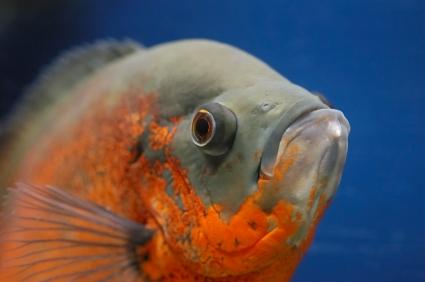 Funny Fish Names Based on Personality

One of the best ways to name your fish is by his personality. If you have a fish that moves slowly or likes the bottom of the tank, you might give him an ironic name like Zippy. By contrast, a hyper fish could be named Turtle or Snail. Try to consider opposites for a humorous name that will make your friends laugh as they observe your fish's actual behavior. Here are some other personality-based names:

If you're looking for a famous fish to name your own swimming friend after, look no further than Hollywood. Thanks to the children's movie industry, films like Finding Nemo and Shark Tale have provided a nice selection of names from which to choose. 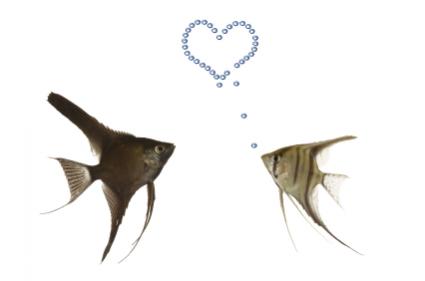 Although you could spend countless hours searching the Internet for names for your pair of goldfish or angelfish, there is no need. We've gathered some funny fish pair names here to get you started:

There are hundreds of species of fish that can be purchased for your aquarium. If your fish is not one of the common types listed above, you may still find a name that appeals to you on this list. To come up with your own name, consider factors like the reputation of the type of fish, unique markings, or behavior.