Angelfish are one of the most popular aquarium fish, and they certainly add a lot of grace and beauty to a tank. However, they are not always the easiest fish to care for unless you know a few facts about them and their needs.

You've probably seen many lovely young angelfish at aquarium stores, but how much do you really know about them? Here are some very important facts that can help you decide if these fish are the right breed for your home aquarium.

1. Freshwater Angelfish Are Members of the Cichlid Family

Angelfish are freshwater members of the cichlid family, and they originate from South America. This group includes other popular fish such as oscars, Jack Dempseys, parrot fish, and discus.

What do angelfish eat? Angelfish will eat live foods and plants, so these omnivores need to be fed the right foods to help them reach optimum size and remain healthy.

How big do angelfish get and how fast do angelfish grow? On average, well-cared for angelfish will reach about six inches tall upon adulthood, which is about a year and a half old. If they're housed in very large tanks and are not overcrowded, they can reach nearly 10 inches, although this would be quite rare in captivity. 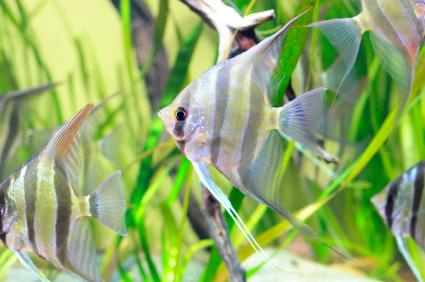 4. They Are Best Kept With Their Own Kind

Are angelfish aggressive? These fish are often thought of as community fish, meaning they can live with a variety of other tropical species.

Always keep angelfish in the cleanest, largest size tank you can support, and make sure you have a good filtration system that doesn't create excessive currents in the water since angels aren't the most agile swimmers. The right water conditions can also lessen stress on your angels and keep them healthier and happier. With proper water conditions, you can expect the angelfish lifespan to be up to 10 years. 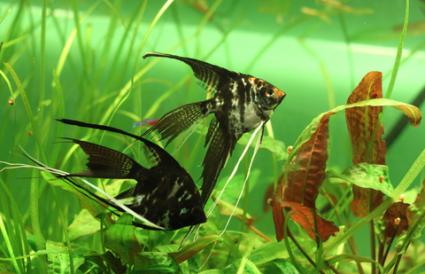 6. Angelfish Are Prone to Ich

Ich (sometimes called ick) is an opportunistic parasitic condition that can strike at any time the conditions in the tank are right, and angelfish are highly susceptible to it. The parasite can spread from one fish to another, and it can also exist in the tank on its own before attaching to a fish. Overcrowding, poor water conditions, and improper diet can all contribute to ich infestation.

Fish either give birth to live babies or they lay eggs that are fertilized and hatched later. Angels fall in the egg laying category. The process for angelfish egg laying and hatching are: 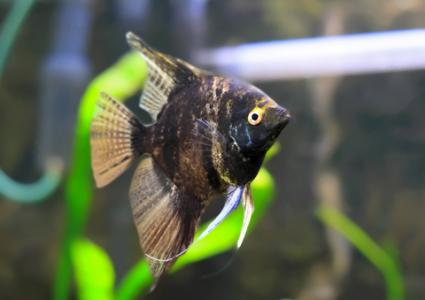 Unlike some breeds of fish, you usually can't tell a male angel from a female just by looking at them unless the female is ready to breed.

9. There Are Many Types and Colors of Freshwater Angelfish

The original freshwater angelfish was a standard silver angelfish. However, mutations in the standard coloring have occurred, and breeders have capitalized on them to create many interesting and beautiful varieties. One of the most recent is the Phillipine Blue angelfish, which actually displays some blue coloration as seen in the following video of a breeding pair and their seven-day-old offspring.

Other popular varieties and colors include, but are not limited to:

10. There Are Also Tropical Angelfish

There are also many species of marine angelfish in an array of colors that rival the rainbow, and each has its own care requirements. If you think you're up to the challenges of maintaining a saltwater tank, you'll find fascinating specimens at any aquarium shop that specializes in saltwater fish.

Angelfish Are Rewarding Species for Hobbyists

Even though angelfish do present a few challenges for their keepers, they still aren't as difficult to manage as some of their other cichlid relatives like discus. Give them as large a tank as you possibly can, keep their water very clean, and feed them a carnivorous diet. If you can do that, you just might be able to raise your juvenile angels up to become amazingly impressive adults.