When it comes to fox breeds, there is no cuter bundle of fur than the fennec fox. In recent years, this large-eared ball of fluff and energy has gained massive popularity, and people are increasingly interested in this exotic creature. These fennec fox facts prove just why this breed is so captivating.

Fennec foxes are animals with unique adaptations for their lives in the wild. Want to learn more about these adorable creatures and how they have adapted to their arid environment? Consider these facts.

Fennec foxes have tiny bodies and very large ears. Those ears are not just for cuteness, they allow the fennec fox to have supersonic hearing abilities. These incredible little animals use their mighty hearing abilities to hear prey lurking underground. The fennec's large ears also help the animal to dissipate body heat on sweltering days.

All living things need water to survive, but it turns out that the fennec fox needs less water than many other living creatures. The fennec's kidneys are adapted to conserving water, and it is the only carnivore that lives in the Sahara desert that doesn't require available water sources. The fennec fox can live off of the moisture provided by food sources as well as the dew that collects in their dens.

Fennecs are desert dwellers, and life in the desert is harsh, to say the least. The fennec has very furry feet, an adaptation designed for living in hot conditions. The extra foot fur protects the fox from the burning sand during the daytime hours and keeps toes toasty when the desert temperatures drop low in the evening hours. 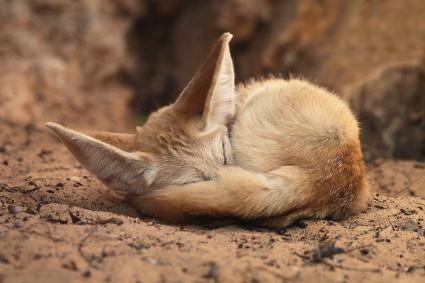 They Love the Night Life

Fennec foxes are nocturnal, meaning they sleep more during the daytime and prowl around when the sun goes down. Being desert-dwelling creatures, they have physical adaptations that help the fennec survive nighttime activities. Their furry feet keep them warm when desert temperatures plummet, and their large ears ensure that no predatory sound goes unheard.

Their Panting Is Life-Saving

The fennec fox pants to better regulate its body temperature. When the temperatures begin to rise, the fennec fox will go from 23 breaths per minute to an astounding 690!

Fennec foxes are social creatures. Discover these interesting facts about their social structures in the wild.

Generally speaking, canids do not breed more than one time per year. However, the fennec fox can produce 2 litters per year, should an initial litter not survive, and food is widely available. 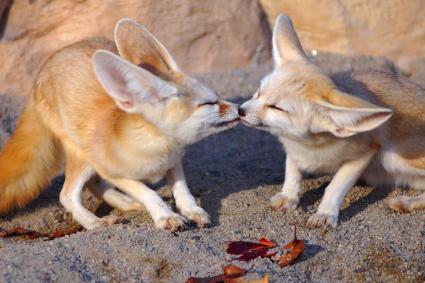 Another fun fact about fennec foxes is that they believe in partners for life. The fennec fox is a monogamous creature, and the mate they choose is the only mate that they have during their lifespan. When female fennecs are pregnant or nursing, the doting male will bring her food and protect her at all costs.

Lots of animals prefer a solitary life, but not the fennec fox. These breeds are very social creatures, and they thrive in family settings and tend to surround themselves with other fennec foxes, playing and hanging out.

If you can't get enough of these desert cuties, then consider these fun facts.

They're the Tiniest Breed in the Bunch

The fennec's fox cousin, the red fox, stands roughly 2 feet tall and is 3 ft long. The little fennec is much smaller than this, however, only standing 8 inches tall and weighing on average 2-3 pounds.

They Can Catch Serious Air

A fennec fox is a jumping machine. While very small in stature, they are huge in ups. The fennec fox can jump an incredible 61 centimeters into the air, which is about three times their height! The animal also has the ability to jump an outward distance of 120 centimeters. 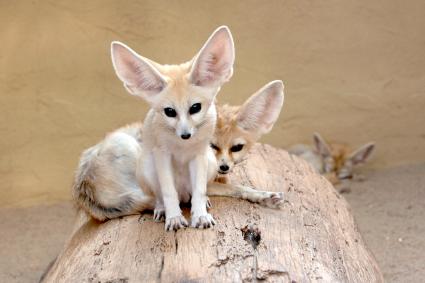 Like many animals, the fennec fox communicates through sound. It has been known to whimper, bark, growl, chatter, squeak, and purr. Like cats, the fennec fox makes a purring sound when it is happy.

They Are Little Houdinis

Fennec foxes living in captivity have to have very secure quarters to reside in because these little guys can get out of just about anything. They are natural jumpers, climbers, and diggers. The fennec fox can dig 20 feet underground!

While many people in the world are unaware that the fennec fox even exists, one country of people recognizes the breed on a national level. The fennec fox is the national animal of Algeria. 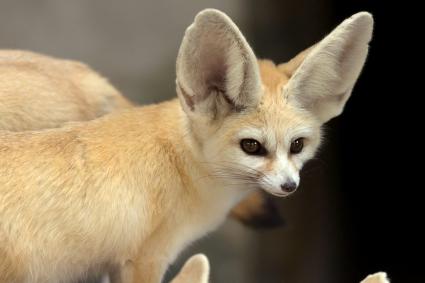 They're Missing a Musk Gland

In recent years, people have turned towards owning exotic pets, such as the fennec fox. While foxes can be kept as pets in a handful of states permit the ownership of fennec foxes, they are wild animals at heart and do best in their natural, habitats.

Comments
© 2006-2021 LoveToKnow, Corp., except where otherwise noted. All Rights Reserved.
Fennec Fox Facts as Striking as Their Signature Ears