For many people, owning a goldfish, cat or dog simply won't do. They aspire to raise animals more unique and exotic. Ownership of wild animals like the fox is uncommon, but not unheard of. Can you have a pet fox as a pet legally? It depends.

When pondering if it is legal to own a fox, the first thing that you'll want to consider is where in the world you live. If you are residing in the United States, only a handful of states permit fox ownership. The following states allow people to legally own foxes.

While the above states generally allow for pet foxes to live in domestic spaces, ownership rules are not cut and dry. Your state might legally allow pet ownership of foxes, but city or neighborhood ordinances could say otherwise. Research any fox ownership rules and regulations at the state level first, then look at all possible rules from there on down.

States that do allow for fox ownership sometimes require permits and do not allow for any and all fox breeds to become pets. Each state decides which fox breeds can be welcomed into the domesticated realm and what permits might be required. For example, New York allows only fennec foxes to be kept as pets and does not require a permit to be obtained by the owner. In contrast, Utah only permits red foxes to be kept as pets, no permit required, and Ohio has no breed restrictions but required a permit for all foxes that are kept as pets.

Not All Breeds Are Suited for Domestic Ownership

If you can legally own a fox in your state, the next thing you will want to consider is which breed of fox suits you best. Many fox breeds have been kept as pets, particularly the fennec, the red fox, the grey fox. Other fox breeds have been owned by humans, like the arctic fox, the kit fox, the swift fox, and the bat-eared fox, but they are very rare and difficult to obtain through exotic pet sales and trades.

The fennec fox is the most popular breed of pet fox. It's small, adorable, and generally exhibits a sweet personality. The fennec fox would do best in a home without small children, as it has a tendency towards nipping.

Another fox breed that people turn to is that of the red fox. The red fox is not a domesticated fox and has a reputation for being one of the stinkiest fox friends around. On the flip side, it is also one of the more mild and gentle foxes, making it a desirable choice for pet owners. 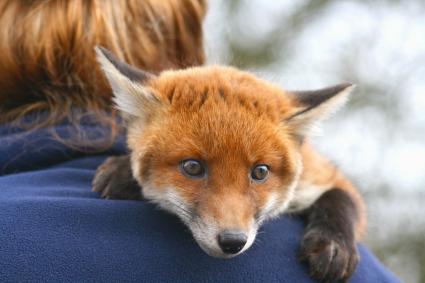 A grey fox is known for its calm and friendly disposition, and its musk and urine tend to be less overpowering than that of other fox breeds. Like other fox breeds, the grey fox is a natural digger, and if kept indoors will be a menace to carpets and furniture.

Concerns With Owning a Pet Fox

Just because you CAN own a fox, doesn't necessarily mean that you should own a fox. Many people assume that foxes are very similar to dogs, but this isn't true. Even the most domesticated fox is a wild animal at heart and will struggle with common domestic tasks.

No urine particularly smells good, but fox urine is something fierce. Those familiar with the animal describe the scent as a mixture of ammonia and skunk. Foxes are hard-wired to mark their territory. This means that they will probably spray their scent in more places than owners would prefer. Imagine living indoors with that kind of scent 24-7.

Even fox breeds that are considered "laid-back" are going to have incredible amounts of energy. Keeping a fox inside, as you would a cat or dog, would likely result in a lot of damage to belongings because foxes are naturally curious and have a penchant for digging and scratching. It is no surprise that most pet foxes are thus kept in outdoor enclosures.

Dogs want to please their owners, foxes do not. While some domesticated foxes have some resemblance of bond and attachment to owners, it doesn't compare to the devoted dog. Dogs readily learn commands, foxes, not so much. While they are intelligent animals, they have a far shorter attention span for command learning because they are wild animals.

A pet fox can become comfortable around its owner, but visitors in the house can pose a problem. The fox is a naturally shy creature, and new people can trigger fear in a fox, causing them to lash out of humans. 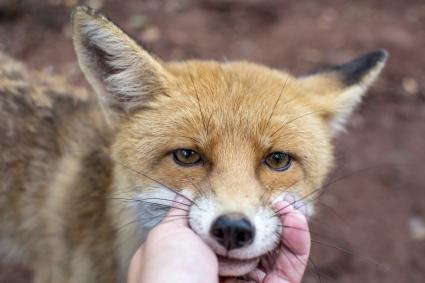 Yes, on rare occasions some foxes have managed some level of success with litter box training, but more times than not, housebreaking a fox is a near-impossible task for the pet fox. If you keep your pet fox indoors, you will almost certainly have to clean up accidents.

If after considering legalities, breeds, and challenges you have decided to move forward in fox ownership, then you will need to consider the following needs for your fox.

Pet foxes are going to be more comfortable in an outdoor enclosure. They need to roam, dig, climb and have the ability to exercise their natural tendencies. They are also extremely high-energy animals and need space to exhaust themselves. You can provide them a large, secure enclosure to do that in, or keep them inside and bid adieu to all of your furniture and belongings. A fox's diet is going to be better managed outdoors and when they defecate, the smell will be far less overpower outside than it will indoors.

The fox is an omnivore, so it needs both plants and animals to stay healthy. As the owner, you will need to provide both of these diet components to your pet. The fox also requires taurine in its diet. Without it, a fox can become severely ill and even die from a lack of. The fox needs to be able to forage for food. Pet fox owners won't get away with putting a dish of food out and calling it all good. The fox needs to search around for snacks. Owners will have to hide food so the fox can track it down or put it in something that the fox can then rip apart and score its meal.

Like many exotic pets, the fox is a wild animal at heart. While they can be kept as household pets, their home is in nature, away from human beings. The fox is an amazing little creature but likely deserves to live out life as nature intended whenever possible.

Comments
© 2006-2021 LoveToKnow, Corp., except where otherwise noted. All Rights Reserved.
Can You Have a Fox as a Pet? What You Need to Know