Hedgehogs are some of the cutest animals in the entire kingdom. The fun and adorable little creatures have captivated droves of people with their interesting oddities and darling characteristics. These hedgehog facts prove that when it comes to fun and delightful, the hedgehog is the top dog.

Because they are just so darn cute, many people consider hedgehogs as a family pet, but they certainly aren't the pet for everyone. While hedgehogs are adorably Instagrammable, keep these important fun facts about hedgehogs in mind as you consider pet adoption.

A group of hedgehogs is referred to as an array, but chances of coming across a gang of these little guys is highly unlikely. They prefer the lone ranger lifestyle and are solitary animals. If they do come together, then it is probably high time to mate and make some baby hedgehogs.

Not Anyone Can Own a Hedgie

Hedgehogs have become popular exotic pets in recent years, but not just anyone can go out and buy a hedgie. Many places have banned citizens from calling themselves hedgehog owners including Arizona, California, Georgia, Hawaii, Pennsylvania, New York City, and Washington, D.C. 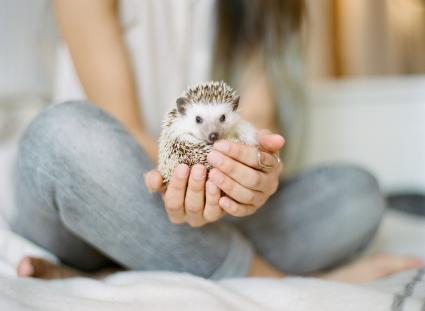 There are more than one species of hedgehog. In fact, there are 17 different variations of the quilly mammal. Of the 17 known species, none are native to North America.

Many assume that a hedgehog and a porcupine have a similar quill makeup, but this is false. While a porcupine's quills are barbed and will leave a mark on those poked, the hedgehog's quills are not barbed. They are also not poisonous. Covering a hedgehog's body, there can be anywhere from 5,000 to 7,000 quills.

Some animal names make you wonder where on earth they came from, but the hedgehog's name is completely literal and sensical. "Hedge" refers to their habitat of choice, the garden hedge, and "hog" signifies the grunting noise that they make, which is similar to the grunt of a pig.

They Used to Have Another Sensible Name

Before they were known as hedgehogs, the tiny mammal was called an urchin. In the middle ages, the hedgehog was referred to as an urchin, because it resembled the sea urchin so closely. Interestingly, baby hedgies are still called urchins to this day by some, although the term hoglet is a more popular baby hedgie nickname now.

They Are Lactose Intolerant

Hedgies can not digest milk products and are considered lactose intolerant. Even though it seems like a cute idea to give a baby hedgie a dish of milk or a tiny bottle, it is best not to. They prefer water like most other animals.

The hedgehog has an excellent nose and sense of hearing, but its eyesight is subpar. They can not see very well, especially during the daytime hours. The hedgehog tends to see better at night. 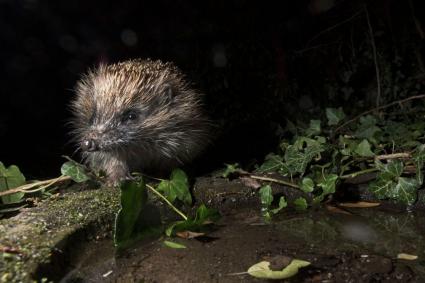 They Engage in a Behavior Called Self-Anointing

If a hedgehog comes across a strong smell or taste, then it will perform a ritual called self-anointing. This is where the hedgie covers its whole body with a foamy saliva, similar to how a cat will lick itself clean.

The hedgehog has teeny tiny legs, and while his little limbs are short and stout, they can carry him very far. In the evening hours, when the hedgie is out foraging for food, it can walk up to two miles! That is a pretty far distance for animals this small.

The hedgie has plenty of natural predators, but venomous snakes and scorpions do not make this list. The hedgehog is immune to certain venoms, giving it a leg up in the animal kingdom.

Not All Hedgies Take a Seasonal Snooze

Not all hedgehogs hibernate. Their ability to sleep through entire seasons depends on what part of the world they are residing in. Hedgies in colder climates hibernate in order to survive the winter months. Hedgehogs in warm climates skip the seasonal snooze. Basically, these amazing little animals adapt to their surroundings like the boss mammals that they clearly are.

It is a misconception that hedgies can't swim. In truth, they are very good little swimmers and have been known to lap several kilometers while searching for meals. Hedgies frequently bask in the water, exhibiting their playful personalities.

Hedgehogs have found their way onto human beings' plates. Some groups of people have dined on hedgies when they needed to survive. In one cookbook, written back in the 1700s, a dish of hedgehog and almonds was featured.

A hedgehog is a gardener's best friend. Because they dine on pests like insects and snails, those who adore their shrubbery don't mind a little hedgie company at all. 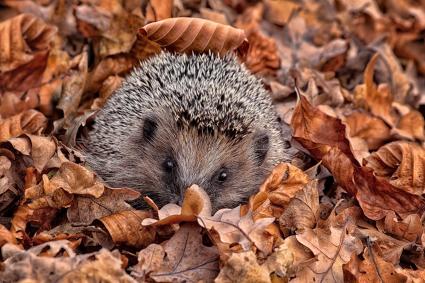 Hedgies communicate through sound. They make different sounds for different communication purposes. When foraging for food, their noises will be grunt-like. When it is mating season, they make a "chuffing" noise. Baby hedgies will chirp to tell their mamas that it is dinnertime, and if a hedgehog wants to tell something to back off, they will hiss or scream.

Don't Call Them a Rodent

Many people wrongly assume that the hedgehog is a type of rodent. It is not! They might resemble various kinds of rodents, but they are a different species altogether.

If you want to see a hedgie in action, you'll need to stay up during the nighttime hours. Hedgehogs are nocturnal animals, meaning they become most active at night.

Some animal parents are doting moms and dads, but not mommy hedgies. They only care for their young for four to seven weeks before baby hoglets set off on their own. Hedgehog moms have been known to eat their young when a nest has been disturbed. Hedgehog dads are not much better. They head for the hills immediately after mating with a female, never sticking around to share in any of the parenting duties.

Grown hedgies are not known for their great eyesight, but hedgehog babies are even worse off when it comes to this particular sense. Baby hedgehogs are born blind, and they remain sightless for several weeks before starting to gain some sense of vision. 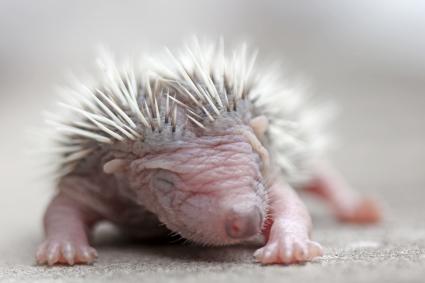 A single hedgehog can carry up to 500 fleas at a time. Not to worry. Unlike some other animals and their fleas, the hedgehog flea hardly ever bites human beings.

The hedgehog has been around for a very long time, 15 million years to be exact. Over their long reign as one of the cutest animals on the entire planet, they have evolved, adapted, and captured the hearts of people everywhere. Long live the hedgie!