Ring-tailed lemurs are definitely adorable, with their big amber eyes, intelligent faces and fluffy tails. Like many primates who have human-like qualities, seeing them in a cute online video can inspire a desire to own one as a pet for many people. However, you should learn more about this animal before considering them as a pet!

In short, the answer is no. There are many reasons why ring-tailed lemurs should not be kept as pets, including the difficulty of keeping them, behavioral problems and conservation of the wild population. 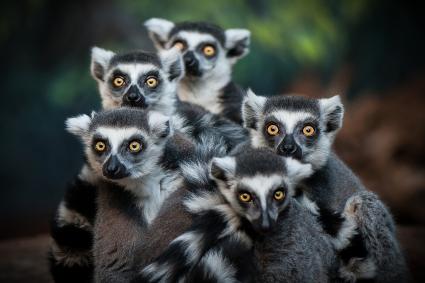 While lemurs can be adorable and outgoing toward people when they're young, they are known to become more aggressive when they reach social maturity.

Finally lemurs are a highly social species and need the company of other lemurs to be happy. A life lived only with humans will be a deprived one for a lemur, no matter how much their human owner loves and cares for them.

Legality of Owning a Lemur

Lemurs, like other primates, cannot be legally owned as pets in many states. They are legal in a few states and some of these states require a special exotic animal permit. Even if you bring a lemur legally into your home state, you will have problems if you attempt to move with your lemur to a new state where they are banned. You also will be prohibited if you simply want to travel with your lemur and cross state lines.

It's hard to find a veterinarian who knows how to properly care for a lemur. You may have to travel far and at great expense to find a veterinarian if a lemur in your care becomes ill. Neutering your lemur is also critical to preventing aggressive behavior as an adult. You can expect to pay a higher amount for the vet's services like neutering, vaccinations and regular office visits compared to the care of a typical pet like a cat or dog. 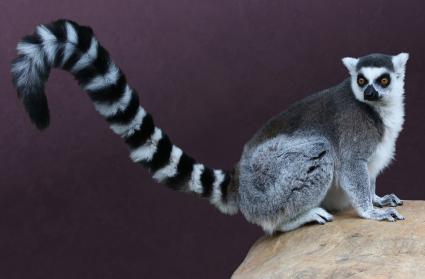 Expense and Difficulty of Care of Lemurs

Lemurs require a lot of specialized care, including their large living quarters (at least 8'x8'x8'), food, veterinary care and more. They also cannot be house trained and tend to have soft, loose stool, so expect to be buying enough diapers for several changes a day for the next 20 to 30 years or so of a lemur's lifespan. The Lemur Center at Duke University spends $8,400 per year per lemur and notes that caring for each lemurs is a full-time job for their staff of technicians, researchers and veterinarians. At $8,400 a year you can expect to spend over $200,000 over the course of the lemur's life for its care. Another difficulty is the fact that you cannot hire a pet sitter to care for your lemur if you go away for work or vacation and you will not be able to board them the way you could with a dog or cat.

Two of the more unappealing aspects of lemurs are the noise they make and their scent. Lemurs use scent and urine to mark territory, which can include your home's walls, furniture and whatever else they choose to mark. They also can be quite loud and can scream, and if you have more than one lemur, this can be deafening.

It's hard to provide a proper diet to a lemur and the Duke Lemur Center notes that many pet lemurs die young because they've suffered from malnutrition all their lives despite well-intentioned owners. Their diet is a combination of commercially made monkey chow and biscuits mixed with fresh fruits, vegetables and fiber sticks. An owner will need to know the proper mix and quantity to keep a lemur on a nutritionally appropriate diet which is not easy to do.

Lemurs are an endangered species in the wild and the pet trade has had a serious negative impact on the species. Over the last three decades, the wild population of lemurs has been reduced by half due to poaching and destruction of their natural habitats. Lemur Love, a non-profit association that promotes lemur research notes that lemurs are "the most endangered group of vertebrates on earth." Lemurs hail from the island country of Madagascar and owning them as pets is illegal there. Despite that government's efforts, a report in 2016 estimated that at least 28,000 lemurs were taken from the wild as part of the illegal pet trade. The ring-tailed lemur in particular has been harmed by this trend. 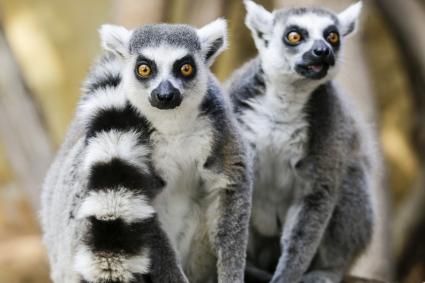 Thinking About Getting a Ring-Tailed Lemur?

It's understandable to want a ring-tailed lemur as a pet. Watching them at the zoo or on a video makes them seem like charming, silly animals who are fun to be around. Realize that the fun behavior you see them engage in is due to being cared for by trained zoo staff and because of the company of their own species. Ring-tailed lemurs do not make good pets, and the desire to keep them as pets fuels a pet trade that is devastating the species. Both the Duke Lemur Center and the Association of Zoos and Aquariums have position statements asking the public not to own lemurs and other primates as pets for the good of these species. If you really want to "own" a lemur, consider sponsoring the care of one at your local zoo.