Rodents make fabulous small pets, especially for apartment dwellers and people who can't keep a large pet like a dog for physical, health or other reasons. Unfortunately, rodents have some of the shortest lifespans among companion animals.

These adorable small pets live about four to six years. Guinea pigs are sensitive to their environment and can suffer easily from respiratory diseases, so keeping your pig's cage clean is an important part of helping them live as long as possible. They also have specific dietary needs, including a need for a regular supply of quality hay and vitamin C. Guinea pigs also do better with a companion, so consider this when deciding if you have the space and time to care for a Guinea pig. 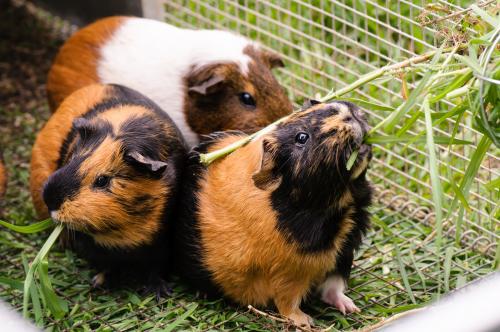 Rats are intelligent and affectionate pets that often surprise people who would never think of them as an excellent companion. One of the downsides of owning rats is they only live about one to three years. The more you provide them with mental and physical enrichment, a clean cage and a healthy diet, the more likely it will be that they live longer. Rats also are social creatures and do better with at least one or more rat companions to keep them healthy and happy. 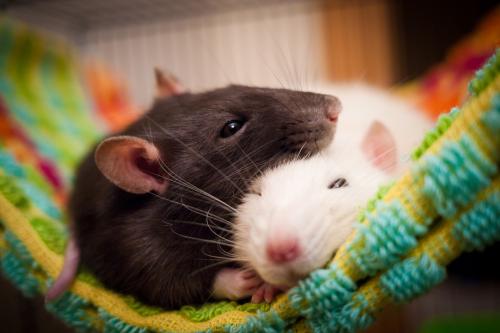 Like rats, mice live around one to two years, though some have been known to live up to four years. The best way to keep your mice living as long as possible is to keep their cage clean, as they're particularly sensitive to ammonia buildup from urine. They also are sensitive to temperature, so their cage must be kept within the 65° to 80° degree Fahrenheit range to be healthy. Similar to other rodents, they are social and having other mice companions can keep them healthy, although male to male pairings may become aggressive toward each other. 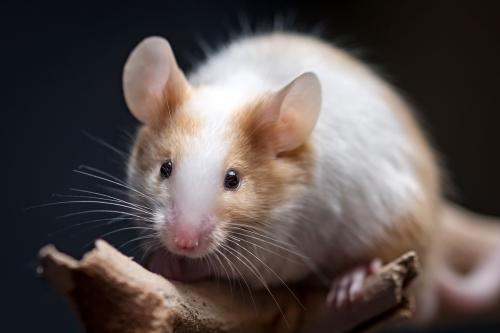 Hamsters can live from one to two years on average. Like other small rodent pets, their lifespan can be greatly influenced by their environment. This means keeping their cage regularly cleaned of urine and feces, providing them with optimal nutrition, including fresh foods, and making sure their behavioral needs are met. Unlike some other small pet rodents like rats and mice, hamsters do better as solitary pets and may become stressed and fight when placed with other hamsters. 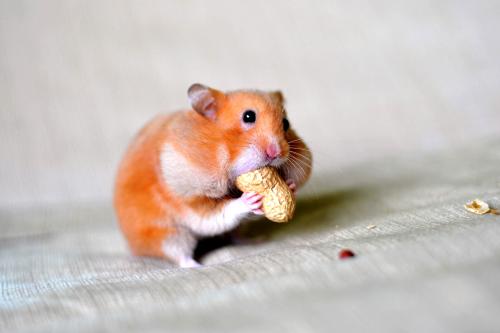 The most common species of pet gerbil, the Mongolian, can live about two to four years. Less common species found as pets are fat tailed gerbils, which live about four to seven years and Libyan gerbils who live about two to four years. Gerbils can live their fullest lives by providing them with good nutrition, keeping their cage environment clean, and by ensuring that they get appropriate chew items for their teeth. Overgrown teeth can greatly shorten their already tiny lifespan as it limits their ability to eat properly and malnutrition can set in. 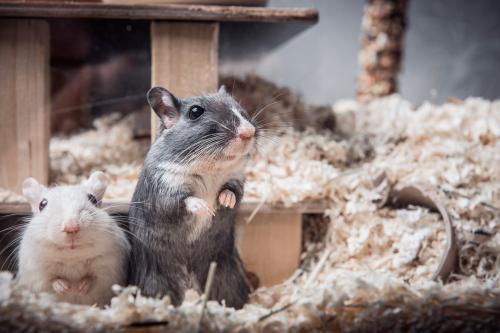 While many pet lizards can live 15 years or much more, there are few common pet lizards that live five years or less. These lizards also have a small size in common.

The green anole is a small lizard known as the American chameleon because of their ability to change colors. On average they live about four years as pets, though they have been known to live up to eight years. In order to help a green anole live a full lifetime, it's important to keep their cage with optimal heating, lighting and ventilation conditions. They commonly become ill if their environment is too damp and cold, and if they are not getting proper nutrition leading to metabolic bone disease. 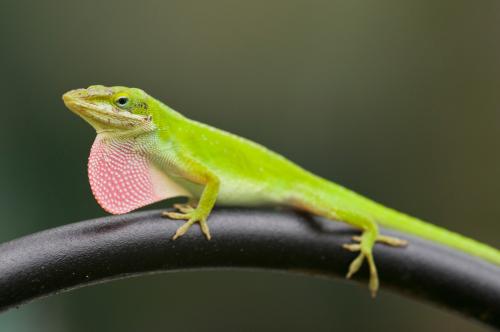 There are several species of chameleons commonly kept as pets, and many of these live five to 10 years or more. One species, however, the panther chameleon, lives for about two to three years though it's possible for them to live as long as five years. Like other lizards, panther chameleons will live their longest when provided with a regularly cleaned environment that meets specific temperature, lighting and humidity needs. They also need proper nutrition, which includes a diet of live insects and supplements. 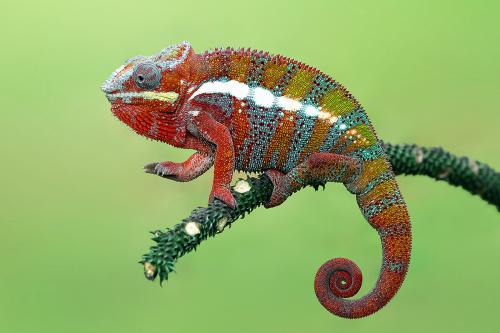 Hedgehogs are another small pet that has a relatively short lifespan. They live about four to six years on average, though it's possible for them to live as long as 10 years. The best way to keep your hedgehog living a long, happy life is providing them with an appropriate cage with hiding spaces and the right lighting and temperature for their species. They do need time out of their cage to explore and are solitary animals, so keeping them alone in their cage will keep them from getting stressed. 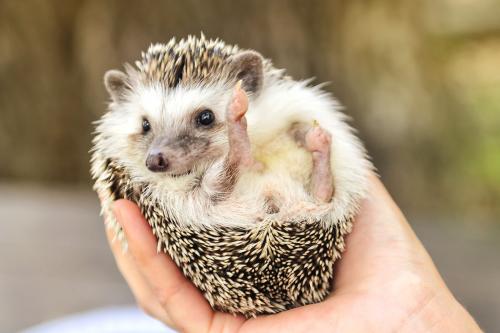 Fish can live a very short time, and often this is more due to improper water conditions in their tanks and tanks that are too small. However, there are several common types of pet fish that do not live long lives even kept in pristine conditions. Mosquitofish live about 12 to 18 months while betta fish, tetras, guppies, gouramis, mollies and platys live about three to five years. The best way to keep your fish living their longest is by maintaining a clean tank with frequent water changes, maintain a species-approrpriate temperature and make sure the tank size fits the size and number of fish you are keeping. 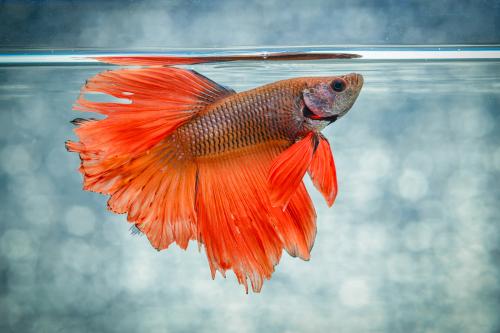 The octopus has become increasingly popular for home aquariums. These intelligent and fascinating creatures unfortunately only live a short time. Certain species like the Caribbean dwarf octopus only live about eight to 10 months while others can live up to two years. Keeping an octopus healthy to live their longest entails keeping very specific water conditions and an extensive live diet, which makes them a difficult and expensive pet to keep. 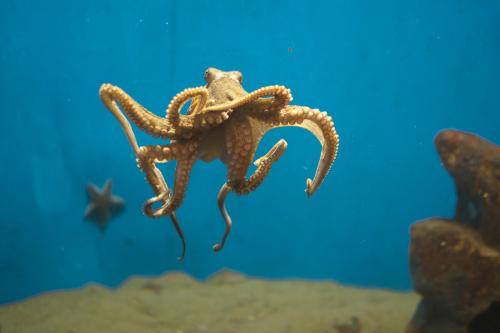 Why Do Some Pets Live Shorter Lives?

Smaller pets tend to live shorter lives than larger ones, though this is not necessarily the case with every species. With small pets like rodents, smaller lizards, and fish, the reason for their shorter lifespan may lie in their evolutionary makeup. Because these animals in the wild would not tend to live a long time, scientists believe their bodies evolved in ways where living longer would not be a critical factor because it was unnecessary. For example, mice and rats in the wild would live shorter lives, most likely due to being eaten by cats and other predators, and therefore there was no reason for them to develop stronger cells and biological abilities to handle physical and environmental stress. Researchers also believe animals with a faster metabolic rate tend to have shorter lifespans. Regardless of why they live short lives, they can still make wonderful pets and providing them with species-appropriate care can help them live their lives to the fullest.