Koi fish are a type of carp that can be found both as pets bred for their beautiful appearance, and in the wild in fresh water. If you are intrigued by this striking fish, spend some time learning some interesting koi fish facts. 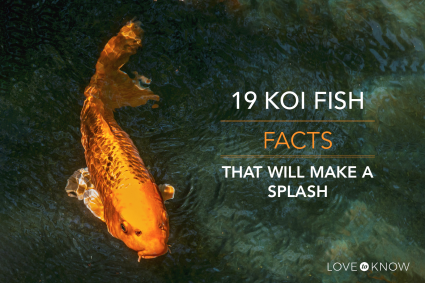 Koi fish are known for being gentle and will typically not act aggressively towards humans. Your koi may nibble your finger, which will feel more like pressure than a painful bite.

Koi Are Considered Sacred in Some Cultures

Koi is a type of carp fish. These particular carp were gifted from China to Japan because of their beauty and may have also made their way to Japan via invaders. Even though they are thought to have originated in China, they are often associated with Japan because there the koi are considered sacred and were bred for beauty instead of as a food source. The word koi means carp in Japanese. They may also be referred to as Japanese carp.

They Are Bred to Be Beautiful

While you can eat koi fish, it is noted that this type of carp can be tough, oily, and not the best flavor wise. They are also quite expensive and bred for their beauty, not their flavor profile. 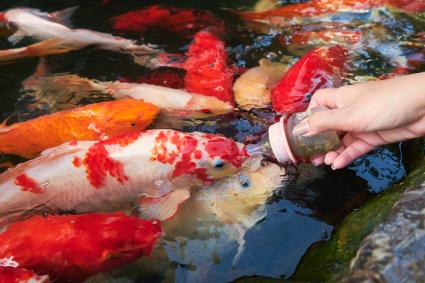 Koi fish breeding was thought to begin around the fourth century in China for food purposes. In Japan, koi fish domestication began around the 19th century and the fish were kept as ornamental pets instead of food.

Koi fish can be found in fresh bodies of water, or freshwater ponds. If kept in a pond, koi fish will need:

Koi fish are thought to symbolize strength, courage, fortitude, good luck, victory, fertility, and perseverance. The specific color of the koi and koi in general can have different symbolic meanings. 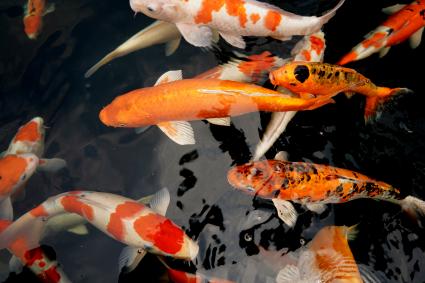 There are tons of interesting facts about koi fish if you're interested in learning more about them.

Comments
© 2006-2021 LoveToKnow, Corp., except where otherwise noted. All Rights Reserved.
19 Koi Fish Facts That Will Make a Splash